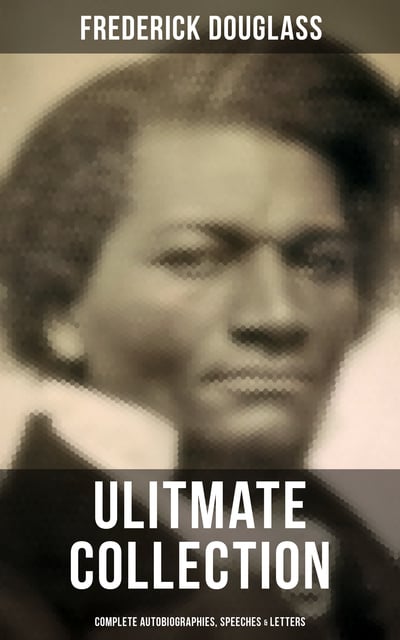 Musaicum Books presents to you this carefully created collection of Frederick Douglass's complete works.
Frederick Douglass (1818-1895) was an African-American social reformer, abolitionist, orator and statesman. After escaping from slavery in Maryland, he became a national leader of the abolitionist movement in Massachusetts and New York.
Contents:
Memoirs:
Narrative of the Life of Frederick Douglass, an American Slave
My Bondage and My Freedom
Life and Times of Frederick Douglass
Writings & Speeches:
The Heroic Slave
My Escape from Slavery
What to the Slave is the Fourth of July?
Self-Made Men
The Church and Prejudice
The Color Line
The Future of the Colored Race
Abolition Fanaticism in New York
An Appeal to Congress for Impartial Suffrage
Oration in Memory of Abraham Lincoln
Reconstruction
John Brown: An Address at the 14th Anniversary of Storer College
The Claims of Our Common Cause
The End of All Compromises with Slavery – Now and Forever
The Kansas-Nebraska Bill
The Dred Scott Decision
Farewell Speech to the British People
Comments on Gerrit Smith's Address
Change of Opinion Announced
Colonization
Henry Clay and Slavery
The Free Negro's Place Is In America
Horace Greeley and Colonization
The Fugitive Slave Law
The Revolution of 1848
West India Emancipation
The Chicago Nomination
The Late Election
The Union and How to Save It
Sudden Revolution in Northern Sentiment
How to End the War
Cast off the Millstone
The Reasons for Our Troubles
The War and How to End It
What shall be Done with the Slaves if Emancipated
The President and His Speeches
Emancipation Proclaimed
Men of Color, To Arms!
Why Should a Colored Man Enlist?
Our Work Is Not Done
The Work of the Future
What the Black Man Wants
Give Us the Freedom Intended for Us
A Call to Work
The Word White
The Hypocrisy of American Slavery
Introduction to "The Reason Why"
Reply of the Colored Delegation to the President
Letter to Harriet Beecher Stowe
Letter to Miss Wells