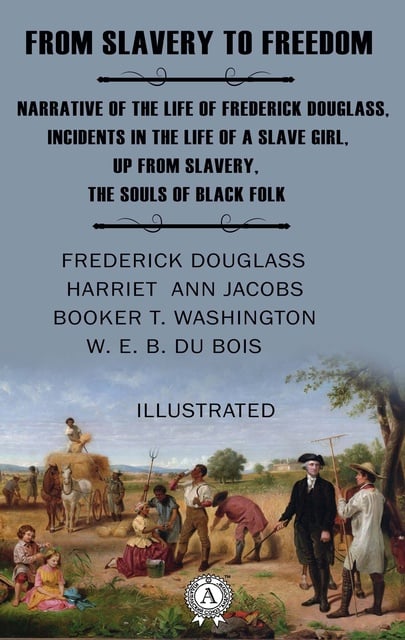 From Slavery to Freedom

From Slavery to Freedom

African American history is the part of American history that looks at the past of African Americans or Black Americans. Of the 10.7 million Africans who were brought to the Americas until the 1860s, 450 thousand were shipped to what is now the United States. Most African Americans are descended from Africans who were brought directly from Africa to America and became slaves. The future slaves were originally captured in African wars or raids and transported in the Atlantic slave trade.

Our collection includes the following works:

Narrative Of The Life by Frederick Douglass.
The impassioned abolitionist and eloquent orator provides graphic descriptions of his childhood and horrifying experiences as a slave as well as a harrowing record of his dramatic escape to the North and eventual freedom.

Incidents In The Life Of A Slave Girl by Harriet Jacobs.
Powerful by portrayal of the brutality of slave life through the inspiring tale of one woman's dauntless spirit and faith.

Up From Slavery by Booker T. Washington.
Washington rose to become the most influential spokesman for African Americans of his day. He describes events in a remarkable life that began in slavery and culminated in worldwide recognition.