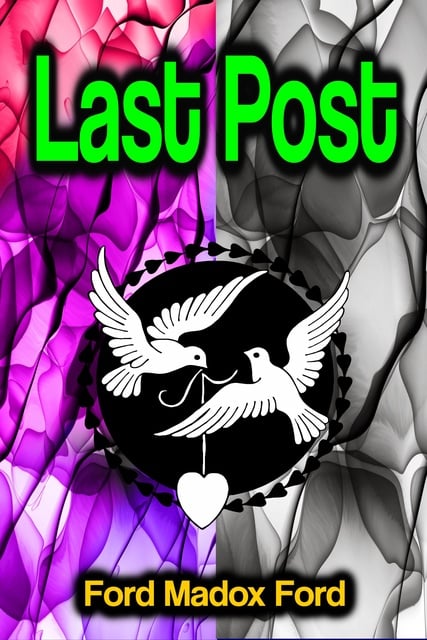 Last Post Ford Madox Ford - alentine Wannop and Christopher Tietjens share a cottage in Sussex with Tietjens' brother and sister-in-law. Through their differing perspectives, Ford explores the tensions between his characters in a changing world, haunted by the experience of war, facing an insecure future for themselves and for England. The Tietjens' ancestral home has been let to an American, its great tree felled; those like Tietjens who have served in the war find there is no place for them in a demoralised civilian society.

The celebrations of Armistice Day have been replaced by the uncertainties of peacetime. Ford Madox Ford
(1873 1939) was an English novelist, poet, critic and editor whose journals, The English Review and The Transatlantic Review, were instrumental in the development of early 20th-century English literature. He is now remembered best for his publications The Good Soldier, the Parade's End tetralogy and The Fifth Queen trilogy.