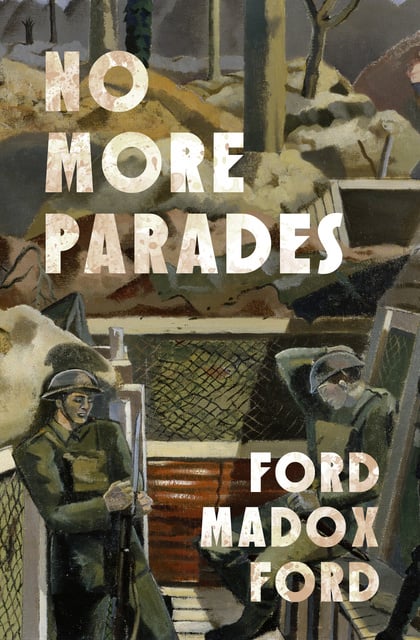 An Englishman struggles to preserve his dignity in the face of intrigue, deceit, and WWI in the second novel of the celebrated Parade’s End tetralogy.

Christopher Tietjens is an officer and a gentleman, but when he meets the beautiful and spirited Valentine Wannop, he is driven to finally betray his loveless marriage. However, before their love can be consummated, Christopher must leave Valentine and the security of Edwardian England behind in order to serve his country in World War I.

Stationed in France, Christopher soon learns that his wife, Sylvia, is also there. And though her true intentions are as mysterious as ever, she soon has Christopher caught in a dilemma from which his only escape is to join the chaos of the front. No More Parades is both a panoramic portrait of the Great War and a penetrating examination of shifting cultural norms in the early twentieth century.