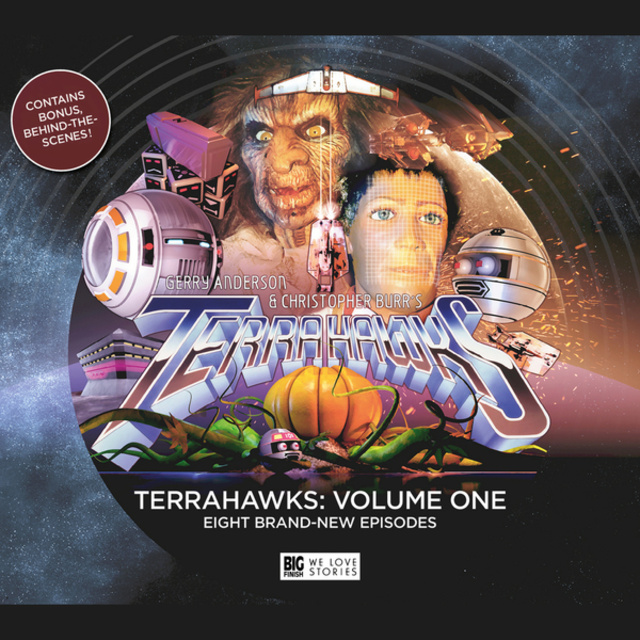 "Terrahawks, stay on this channel..."
Back in action after thirty years comes Terrahawks, the fondly remembered action adventure comedy originally brought to you by the men who created Thunderbirds, Captain Scarlet and Dick Spanner.
In the not too distant future, the Earth finds itself under constant threat from Zelda, a blood-thirsty android who, along with her fiendish family and monstrous creations, has established a base on Mars. The only thing standing between this evil queen and her quest for the ultimate annihilation of mankind are the Terrahawks - an intrepid band of heroes led by the stern but fair clone, Doctor Tiger Ninestein.
After a considerable period of inaction, the Terrahawks once again find themselves called into action when Zelda initiates a brand new campaign of destruction and devastation. Facing up against terrifying time travellers, fraudulent financial fiascos, sickening stand-ups, and deadly doppelgangers - their new adventures could prove to be the Terrahawks' most challenging missions to date!
Eight episodes, plus behind-the-scenes interviews with the cast and crew.
1: The Price is Right by Jamie Anderson
With the prospect of budget cuts and a spot inspection looming over their heads, the Terrahawks intend to showcase themselves to the best of their ability. A surprise attack from Zelda, however, gives them a bigger chance to demonstrate their worth than originally bargained for.
2: Deadly Departed by Stephen La Rivière and Andrew T. Smith
After an epic battle, it appears that Zelda has finally shuffled off her mortal coil, but when their beloved matriarch's will is read her android family is disgusted to discover that she has left everything to Ninestein. In retaliation, they organise a funeral the likes of which has never been seen.
3: A Clone of My Own by Andrew T. Smith and Stephen La Rivière
When his clones begin to fall foul of mysterious circumstances, Ninestein is forced to face some difficult home truths.
4: Clubbed to Death by Stephen La Rivière and Andrew T. Smith with Jamie Anderson
A night on the town turns deadly for the Terrahawks when the desperate proprietor of a hot new club just so happens to be in serious debt with Zelda's new loan shark venture.
5: 101 Seed by Gerry Anderson, adapted by Jamie Anderson
Zelda conspires to help the Terrahawks enter the record books when a seed of destruction is sewn on Hiro's happy birthday.
6: No Laughing Matter by Terry Adlam
Zelda intends to use her latest creation - Cy Splitter, the universe's funniest cyborg - to leave her enemies helpless with laughter. The Terrahawks only hope is that Twostein can play that game.
7: Timesplit by Chris Dale
Past, present and futures collide when an audacious plan by Zelda's Time Lord leads to the capture of one of the Terrahawks. Zelda is thrilled, but will the resulting temporal instability unravel the fabric of space and time?
8: Into the Breach by Mark Woollard
The Zeroids face termination when Ninestein and Hiro roll out their newest creation - the Cyberzoids. But will these super-soldiers be enough to fend off a direct attack on Hawknest from Zelda's mothership? 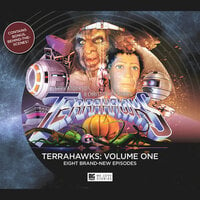