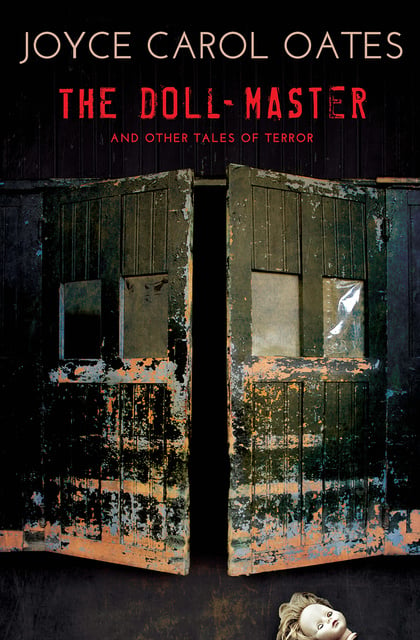 The Doll-Master: And Other Tales of Terror

The Doll-Master: And Other Tales of Terror

This Bram Stoker Award–winning collection is “certain to stick in your mind long after you’ve turned the last page” (St. Louis Post-Dispatch).

Here are six of Joyce Carol Oates’s most “frightening—and deeply disturbing—short stories” (Pittsburgh Post-Gazette). In the titular story, a boy becomes obsessed with his cousin’s doll after her tragic death. As he grows older, he begins to collect “found dolls” from surrounding neighbourhoods … each with its own sinister significance.

In “Gun Accident, ” a teenage girl is delighted to house-sit for her favourite teacher, until an intruder forces his way inside—changing more than one life forever. The collection closes with the taut tale of a mystery bookstore owner whose designs on a rare bookshop in scenic New Hampshire devolve into a menacing game with real-life consequences. “At the heart of each story is a predator-prey relationship, and what makes them so terrifying is that most of us can easily picture ourselves as the prey, at least at some time during our lives” (Minneapolis Star-Tribune).

“Everything she writes, in whatever genre, has an air of dread, because she deals in vulnerabilities and inevitabilities, in the desperate needs that drive people … to their fates. A sense of helplessness is the essence of horror, and Oates conveys that feeling as well as any writer around. ” —Terrence Rafferty, The New York Times Book Review

“One of the stranger parts of the human condition may be our deep fascination, and at times troubling exploration, of the darker aspects of our nature … No other author explores the ugly, and at times, blazingly unapologetic underbelly of these impulses quite like Joyce Carol Oates in The Doll-Master. ” —Pittsburgh Post-Gazette

“In her new collection … [Oates] relishes moments of gothic melodrama, while rooting them firmly in grindingly ordinary American lives. ” —The Guardian

“Oates convincingly demonstrates her mastery of the macabre with this superlative story collection … This devil’s half-dozen of dread and suspense is a must read. ” —Publishers Weekly, starred review