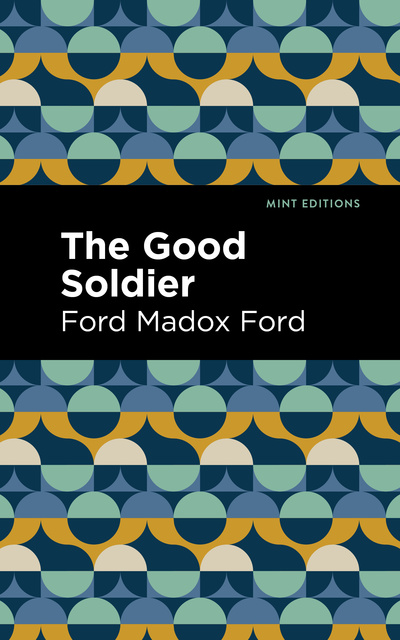 The Good Soldier (1915) is a novel by Ford Madox Ford. Set just before the First World War, the novel is superficially the story of Edward Asburnham, a man with a reputation for philandering. Considered an important proto-modernist novel, The Good Soldier employs a fragmented narrative told by an unreliable narrator who appears at times as distant, gossipy, voyeuristic, and even vindictive.

Praised as one of the greatest English-language novels of the century, The Good Soldier remains Ford’s most popular work. John Dowell has secrets. Married for nine years to a serially unfaithful woman, friends with a man who falls in love at first sight with every woman he meets, he lives an exciting life without ever doing much himself. As he sorts through his memories, revealing the sordid details of his loved ones’ private lives, it becomes clear that Dowell is haunted by tragedy.

His psychological state, shaped by years of jealousy and paranoia, reveals the soul of a man without faith, thrown from one betrayal to the next by his manipulative wife. But how could he fail to see what was right under his nose? Can a man truly be as innocent as Dowell claims to be? The Good Soldier is a masterpiece of English fiction that poses timeless questions regarding friendship, fidelity, and sexuality. With a beautifully designed cover and professionally typeset manuscript, this edition of Ford Madox Ford’s The Good Soldier is a classic work of British literature reimagined for modern readers.