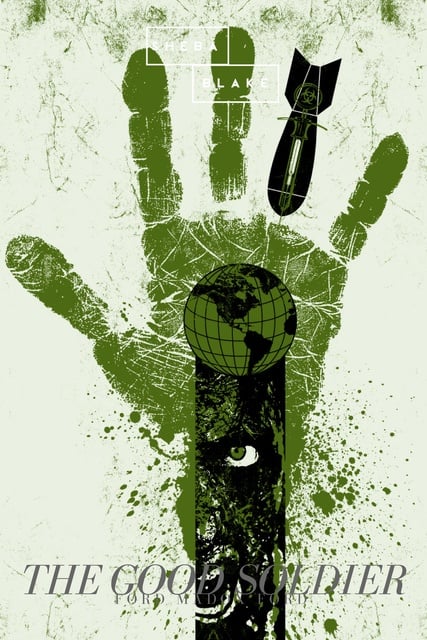 The Good Soldier is a 1915 novel by English novelist Ford Madox Ford. It is set just before World War I and chronicles the tragedy of Edward Ashburnham, the soldier to whom the title refers, and his own seemingly perfect marriage and that of two American friends. The novel is told using a series of flashbacks in non-chronological order, a literary technique that formed part of Ford's pioneering view of literary impressionism. Ford employs the device of the unreliable narrator to great effect as the main character gradually reveals a version of events that is quite different from what the introduction leads the reader to believe. The novel was loosely based on two incidents of adultery and on Ford's messy personal life. The novel's original title was The Saddest Story, but after the onset of World War I, the publishers asked Ford for a new title. Ford suggested (sarcastically) The Good Soldier, and the name stuck. In 1998, the Modern Library ranked The Good Soldier 30th on its list of the 100 best English-language novels of the 20th century. In 2015, the BBC ranked The Good Soldier 13th on its list of the 100 greatest British novels. The Good Soldier is narrated by the character John Dowell, half of one of the couples whose dissolving relationships form the subject of the novel. Dowell tells the stories of those dissolutions as well as the deaths of three characters and the madness of a fourth, in a rambling, non-chronological fashion that leaves gaps for the reader to fill. The "plot" is not then the real story; the reader is asked to consider whether they believe Dowell and what part he truly played in how this "saddest story ever told" actually plays out.