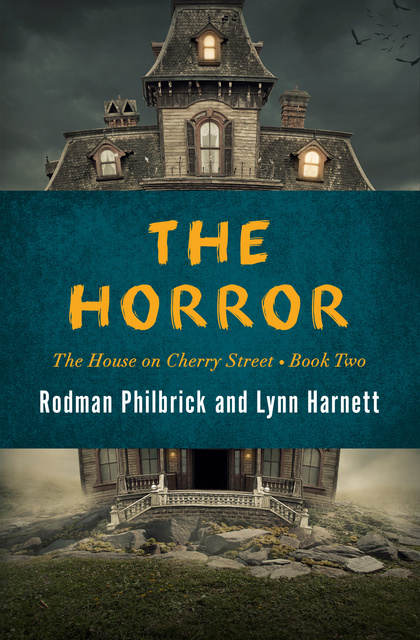 After surviving the wrath of the house that wants them dead, Jason and his four-year-old sister, Sally, face a new challenge—a week without their mom and dad. When their parents are called away to deal with a work crisis, they are left with Katie, a seventeen-year-old babysitter.

Katie doesn’t believe in spirits, but that doesn’t matter to Bobby, the ghost of the child who was murdered here. Bobby has become closer than ever to Sally—in fact, he now possesses her. And his hatred of babysitters and desire for vengeance will leave Jason, Sally, and Katie in even more danger than before.

The Horror is the second book of the chilling House on Cherry Street trilogy from prolific wife-and-husband coauthors Lynn Harnett and Rodman Philbrick, the Newbery Honor Award–winning author of Freak the Mighty.