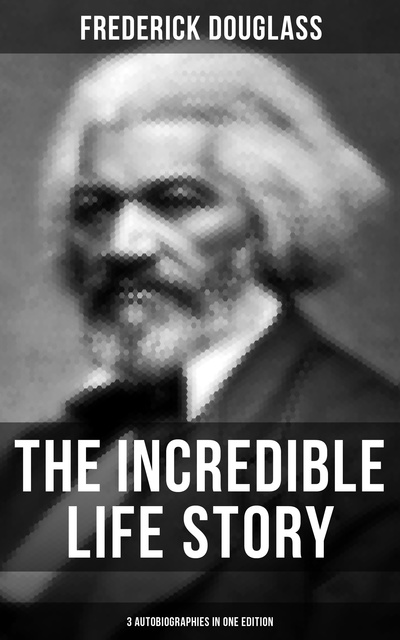 Narrative of the Life of Frederick Douglass, an American Slave, Written by Himself (1845) is considered to be one of the most influential pieces of literature to fuel the abolitionist movement of the early 19th century in the United States.
My Bondage and My Freedom (1855) shows the inspiring manner in which Frederick Douglass transforms himself from slave to fugitive to one of the most powerful voices to emerge from the American civil rights movement, leaving behind a legacy of social, intellectual, and political thought.
Life and Times of Frederick Douglass (1892) is the only one of Douglass' autobiographies to discuss his life during and after the Civil War, including his encounters with American presidents such as Lincoln and Garfield and his service as the United States Marshall of the District of Columbia.
Excerpt:
"I was born in Tuckahoe, near Hillsborough, and about twelve miles from Easton, in Talbot county, Maryland. I have no accurate knowledge of my age, never having seen any authentic record containing it. By far the larger part of the slaves know as little of their ages as horses know of theirs, and it is the wish of most masters within my knowledge to keep their slaves thus ignorant. I do not remember to have ever met a slave who could tell of his birthday." (The Narrative of the Life of Frederick Douglass)
Frederick Douglass (1818–1895) was an African-American social reformer, abolitionist, orator, writer, and statesman. After escaping from slavery in Maryland, he became a national leader of the abolitionist movement in Massachusetts and New York, gaining note for his dazzling oratory and incisive antislavery writings.