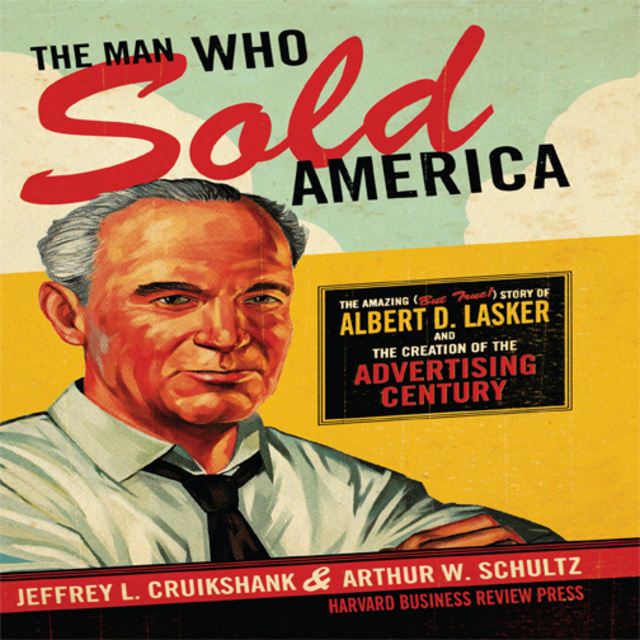 The Man Who Sold America

The Man Who Sold America

MEET THE MAN BEHIND SOME OF OUR BEST KNOWN BRANDS
We live in an age of mass persuasion. Leaders and institutions of every kind-public and private, large
and small-must compete in a rowdy marketplace of images and messages seeming to come at us from all directions-in print, on radio and television, and on the Web.

It wasn't always so. In the early and middle twentieth century, a handful of creative geniuses in advertising and public relations-J. Walter Thompson, Edward Bernays, David Ogilvy, Ray Rubicam, and others-launched their once-sleepy industries into the very center of American life. And most of them point to one individual as the man who started it all: Albert D. Lasker.

But Lasker-who resolutely hid from the spotlight-has remained an enigma. Now, Jeffrey Cruikshank and Arthur Schultz, drawing on a treasure trove of previously unknown papers, have written a fascinating biography of one of the twentieth century's most intriguing figures.

Lasker helped invent “reason why” advertising, market research based on direct-mail advertising, premium coupons, and a host of other industry innovations. He invented and promoted powerful brands that are still with us today: Sunkist and Sun-Maid, Kotex and Kleenex, Puffed Wheat and Puffed Rice, and many others.

But his impact went far beyond traditional advertising. Lasker was an energetic crusader against anti-Semitism. A public relations master, he engineered Warren G. Harding's successful presidential campaign, and designed the strategy that ended Upton Sinclair's bid for governor of California. As part-owner of the Chicago Cubs, he came up with the idea of a “baseball commissioner.” He was the creative philanthropist who renamed the American Cancer Society and Planned Parenthood as he transformed them into prominent and effective organizations. And the Lasker Awards, for contributions to medical science, are sometimes referred to as “America's Nobels.”

His personal life was no less dramatic. The Man Who Sold America recounts the powerful influence of his background, his deep friendships-and the debilitating depression he struggled with even as he forged his remarkable achievements.

This is the story of a man who shaped an industry-and changed the way we look at our world.
“The Man Who Sold America shows us the advertising industry well before the age of Mad Men…"

“The Man Who Sold America pulls back the curtain and shows us a remarkable life spent shaping much of the world we know today.”

“Lasker's influence extended well beyond the confines of the advertising world” 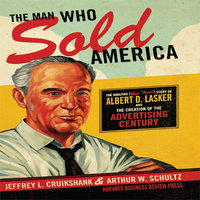