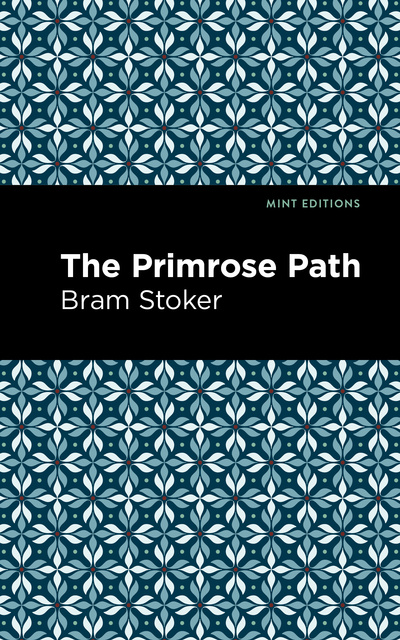 The Primrose Path (1875) is the debut novel of Irish author Bram Stoker. Written over two decades before Dracula, his masterpiece, The Primrose Path helped to establish the Irish master of Gothic horror’s reputation as a leading writer of the early-twentieth century. Inspired by the temperance movement, Stoker crafts a simple narrative about a man brought low through temptation and a lack of opportunity.

Originally serialized in The Shamrock, a weekly magazine published in Ireland, The Primrose Path is a largely unrecognized novel that deserves reassessment by readers and academics alike. Jerry O’Sullivan is a good man who wants noting more to provide for his young wife in order to start a family. Looking for work as a theatrical carpenter, he moves from his native Dublin to the sprawling city of London, where he soon finds work and hopes to settle down.

After a series of accidents, however, he grows distant from his wife Katey and falls victim to the temptations of alcohol. As he begins to lose control, he grows jealous, loses his job, and begins to harbor dangerous fantasies. Soon, despite his moral upbringing, he risks committing an act too heinous to imagine. The Primrose Path is a gripping work of horror and naturalism by Bram Stoker, the secretive and vastly underrated creator of Dracula, one of history’s greatest villains. With a beautifully designed cover and professionally typeset manuscript, this edition of Bram Stoker’s The Primrose Path is a classic of Irish literature reimagined for modern readers.