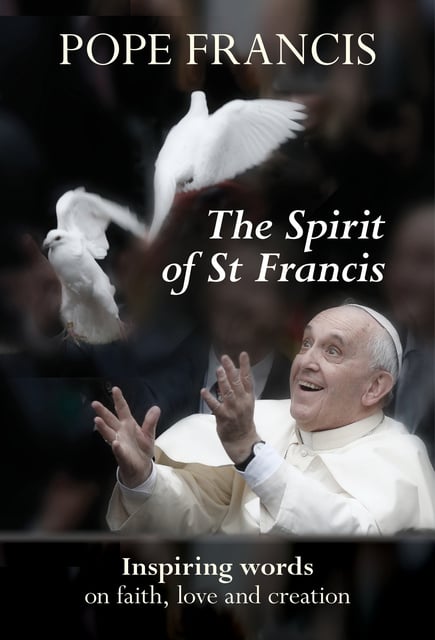 The Spirit of St Francis: Inspiring Words on Faith, Love and Creation

The Spirit of St Francis: Inspiring Words on Faith, Love and Creation

A unique, inspiring and beautifully crafted sequence of meditations, drawn from the Pope's speeches and tweets since becoming pontiff in 2013. Reveals the genius of a global leader whose message transcends religious boundaries. Produced in cooperation with the Vatican.' Some people want to know why I wished to be called Francis. For me, Francis of Assisi is the man of poverty, the man of peace, the man who loves and protects creation. ' Pope Francis, March 16, 2013.

By taking the name of one of the most widely respected figures in history, Pope Francis set a high bar for his papacy. The legacy of St Francis is epic: a breath-taking testament to divine love and the human capacity for compassion and joy. Since his election in March 2013, the pope's Franciscan 'accent' has become increasingly evident. His optimism, creativity, courage, and playful sense of humour are reminiscent of the beloved saint.