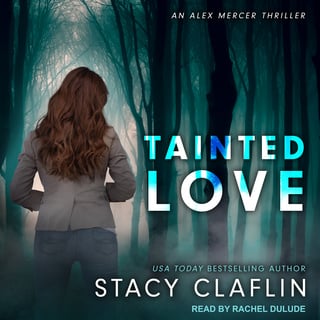 Författare: Stacy Claflin
Inläsare: Rachel Dulude
Format: Finns som ljudbok
6T 43min
Engelska
Jess McAdams dotes on her four children and gives advice and suggestions to parents all around the world. No one would ever question her love and devotion to her children, let alone suspect her of murdering one. But Alex Mercer does.

Alex has plenty of experience investigating crimes involving missing kids. So when he senses something is wrong, he trusts his instincts. The only problem is, he's a newly deputized officer of the law. If he's wrong about Jess, he'll destroy his career before it gets off the ground.

He receives a tip that Jess has suddenly stopped posting about one of her children. It's almost as if he never existed, except her old blog posts show otherwise. The deeper Alex digs, the more twisted and sinister things look. His precinct's resources would be invaluable to his investigation, but his commanding officer isn't convinced the case is local and turns him down. And Alex doesn't have the evidence to sway his captain–yet. His only chance at finding the proof he needs is by using the resources he's been denied. But Alex will stop at nothing until he finds the mommy blogger and saves the children he knows are in danger–even at the risk of losing his dream job–because he knows he's right. And with young lives on the line, there's a lot more at stake than his career.
Mer info om ljudboken:
Förlag: Tantor Audio
Utgiven: 2020-07-14
ISBN: 9781705202029
6T 43min
Engelska
Kategori: Deckare

Have You Seen Me?

I Know Who You Are

The Splendor of Fear