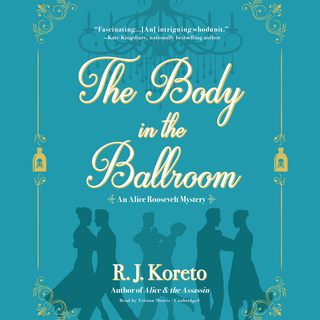 The Body in the Ballroom

The Body in the Ballroom

Alice Roosevelt, the brilliant, danger-loving daughter of President Theodore Roosevelt, has already risked an assassin’s bullet to solve one murder. She never expected to have to sleuth another, but she’d never pass up the opportunity, either. Anything to stave off boredom.

And such an opportunity presents itself when Alice is invited to a lavish ball. The high-society guests are in high spirits as they imbibe the finest wines. But one man, detested by nearly all the partygoers, quaffs a decidedly deadlier cocktail. An African American mechanic, who also happens to be a good friend of former Rough Rider-turned-Secret Service Agent Joseph St. Clair, is suspected of the murder-by-poison, but Alice is sure he’s innocent and is back on the scene to clear his name.

Though This Be Madness