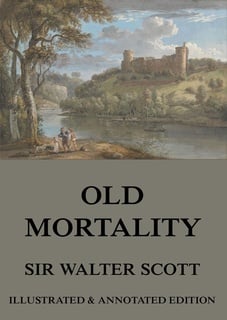 Författare: Sir Walter Scott
Format: E-bok
Engelska
"Old Mortality" was the familiar title of an actual personage, Robert Paterson, a harmless itinerant hermit who received this nickname because of his habit of visiting the tombs of Scotch Covenanters. His daily labor of love was to care for these stones and deepen their lettering with his chisel; doing this in honor of the martyrs for the cause, who had fallen in their struggle against the state. He died about the beginning of the 19th century. The incidents of the present story are supposed to be based on reminiscences which he related to a friend. They deal with the Covenanter's insurrection during the reign of Charles II of England.

At a general muster of troops and volunteers, in Lanarkshire, Henry Morton, a young man of Presbyterian stock, wins a victory over Lord Evandale in a target-shooting contest. Morton stops with friends at a neighboring tavern where he meets John Balfour, a Covenanter or Whig, and also is party to a quarrel with Sergeant Bothwell of the King's troops. Balfour escapes from the sergeant and is sheltered for the night by Morton. The next day the young man is arrested by the trooper, for aiding the insurgent, and is carried to Lady Bellenden's castle, where Colonel Graham of Claverhouse is stationed temporarily ...
Mer info om e-boken:
Förlag: Jazzybee Verlag
Utgiven: 2014-07-14
ISBN: 9783849645212
Engelska
Kategori: Klassiker
Historisk roman Historiska romaner

Peveril Of The Peak

The History of a Crime

The Heart Of Midlothian

Personal Recollections Of Joan Of Arc

The Fate Of A Crown

The Christmas Book Of Mr. Titmarsh

The Black Arrow—A Tale Of The Two Roses