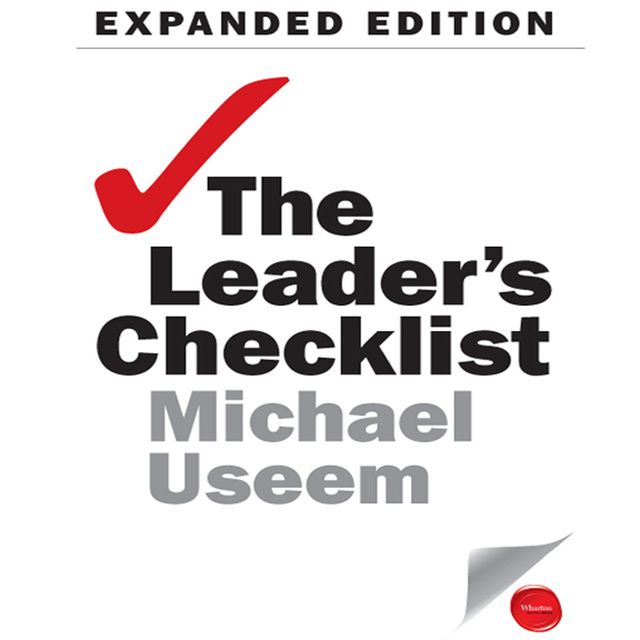 Named to The Washington Post's 2011 List of Best Leadership Books

In this illuminating expanded edition of the bestselling Leader's Checklist, world-renowned leadership expert Michael Useem deepens his examination of 15 mission-critical principles for leaders

Based on the lessons from astonishing stories, solid research, and years of leadership development work with a wide array of companies and organizations in the United States and abroad, Useem presents today's leaders with 15 guiding principles that form the core of the Leader's Checklist, which will help you develop your ability to make good and timely decisions in unpredictable and stressful environments-for those moments when leadership really matters.

To illustrate how the Leader's Checklist can assist leaders, Useem zeroes in on accounts of extraordinary leaders who rose to the challenge, including Laurence Golborne's role in the triumphant rescue of 33 miners in Chile, Joseph Pfeifer's remarkable heroism as the first FDNY Fire Chief to take command at the World Trade Center on September 11, 2001, and Union officer Joshua Lawrence Chamberlain's transformative actions after the Confederate army's surrender. He also explores the colossal failure of AIG, one of the greatest corporate collapses in business history.

This updated and expanded edition features a new preface by the author and three new Knowledge@Wharton interviews with Laurence Golborne, Chile's Minister of Mining, on leading the rescue operation of 33 miners trapped in the San Jose Mine; Joseph Pfeifer, New York City Fire Department's Chief of Counterterrorism and Emergency Preparedness, on being the first Battalion Chief to take command at the World Trade Center on September 11, 2001; and the author on why he wrote The Leader's Checklist and what he has learned about the most vital items on the checklist from his recent leadership development work with more than a dozen companies and organizations.

Gildan Media is proud to bring you another Wharton Digital Press Audiobook. These notable audiobooks contain the essential tools that can be applied to every facet of your career. 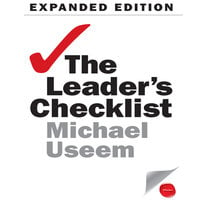