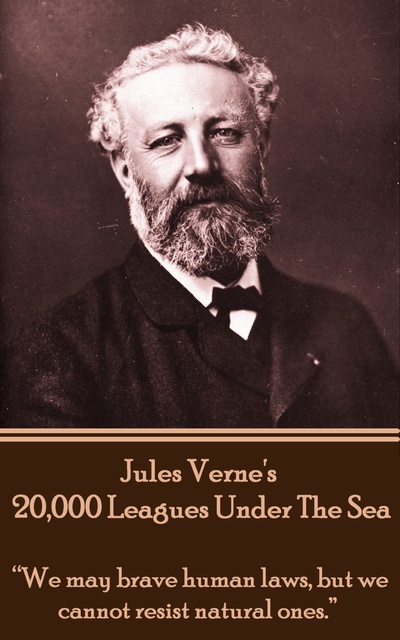 20,000 Leagues Under the Sea: “We may brave human laws, but we cannot resist natural ones.”

20,000 Leagues Under the Sea: “We may brave human laws, but we cannot resist natural ones.”

Jules Verne is probably the world’s first science-fiction novelist. His Twenty Thousand Leagues Under the Sea (1870) centers around a sea monster that keeps on menacing and damaging ships and ocean liners in the Atlantic and Pacific oceans. When the US government eventually decides to destroy the monster, a group of whaling and marine biology experts from different nationalities led by Professor Arronax are invited to join the American ship Abraham Lincoln and engage in an expedition around the South American continent to search for the weird creature. After losing their first battle, the crew discover, to their surprise, that the supposed monster is rather a large metal body that travels under the water. They are soon abducted and brought inside the vessel to meet its eccentric commander Captain Nemo. The submarine’s new passengers learn that Captain Nemo has built the vessel to isolate himself from world governments and to spend his lifetime exploring new worlds and conducting scientific research. Captain Nemo’s treatment of his visitors is generally respectful and kind except for his radical rejection of their pleas to leave the submarine and go back home. By the end of the story, the submarine is attacked by another ship sent by Captain Nemo’s enemies. Captain Nemo decides to destroy the attacking ship and to send it to the bowels of the ocean. The novel ends when the submarine encounters a very strong whirlpool named “Maelstrom,” allowing Professor Arronax to flee with the rest of his crew while the fate of Captain Nemo and his creation remains unknown.