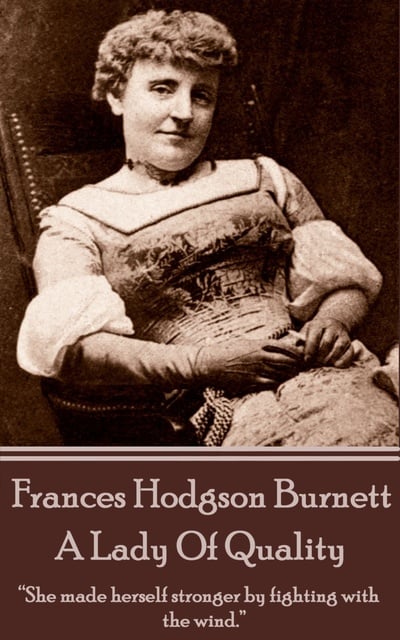 Frances Hodgson Burnett - A Lady Of Quality: “She made herself stronger by fighting with the wind.”

Frances Hodgson Burnett - A Lady Of Quality: “She made herself stronger by fighting with the wind.”

Frances Hodgson Burnett’s A Lady of Quality follows the evolution of the character of Clorinda Wildairs. The latter is a rebellious young girl whose mother dies and leaves her to be brought up by the family’s servants. The story is set in late-seventeenth-century England under the reign of Queen Anne. As a little child, Clorinda displays the features of a feminist heroine by being physically strong, intelligent, courageous, wild and determined in everything she does. Unlike her sister Anne, Clorinda leads the independent life of an actual leader and does her best to help the poor and the weak. However, as Clorinda grows up, the readers discover the sentimental side of her personality as she develops into a respectable and wise young Lady. As an adult, Clorinda’s ferocious and unruly nature finally seems to be tamed. Like all other young women, Burnett’s rebellious protagonist adapts to Victorian norms. She is now shown to be after love and marriage, although she still remains far from being the conventional romantic heroine that populates other Victorian novels and plays. Burnett’s work is generally a contemplation of personality improvement and evolution as well as an early investigation gender roles.