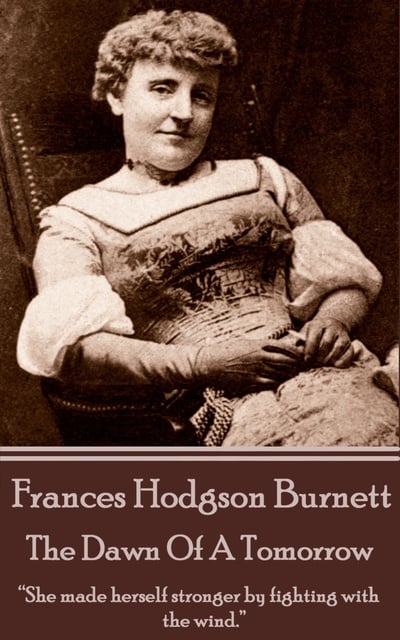 Frances Hodgson Burnett - The Dawn Of A Tomorrow: "She made herself stronger by fighting with the wind."

Frances Hodgson Burnett - The Dawn Of A Tomorrow: "She made herself stronger by fighting with the wind."

The Dawn of a Tomorrow is a novella by the English-American novelist and writer Frances Hodgson Burnett who is more known for her children’s classics. The story was first serialized in a magazine in the beginning of the twentieth century and was also adapted to the stage and performed numerous times. It tells the story of a desperate gentleman with the resolution to commit suicide by having a pistol’s bullet in the head. He goes to buy the pistol, yet he gets lost on his way back home because of the London fog. As he is strolling through the streets of the city, he meets a young beggar and gives her a coin. She invites him to drink a cup of coffee with her and strangely succeeds in making him forget about his misery and despair for a while. Generally, drawing on a rather Christian conception of the world, Burnett’s story is about not losing faith in goodness and in life in spite of all possible hardships. Burnett incites her readers to be always optimistic since there are at least “two ways of looking at a London fog.” The story is also an invitation for the wealthy to think about the miseries of the poor.