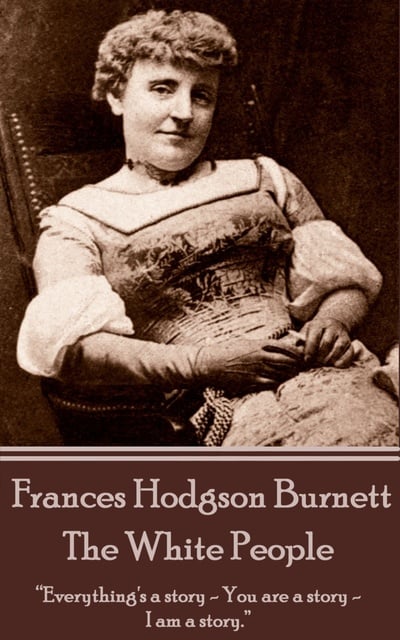 Frances Hodgson Burnett - The White People: “Everything's a story - You are a story -I am a story.”

Frances Hodgson Burnett - The White People: “Everything's a story - You are a story -I am a story.”

The White People is a novella by the English-American author of the bestselling classics Little Lord Fauntleroy and The Secret Garden, among other titles. Frances Hodgson Burnett dedicates the present work to the soul of her lost son Lionel. Burnett’s biographers agree that after this loss Burnett’s depression made her resort to spiritualism. Narrated in the first person, the story is basically a contemplation of existential questions such as the meaning of life and death and the belief in life after death. The White People is set in the Muircarrie Castle in a remote misty region of Scotland and the narrative rather looks like an autobiography told by the female protagonist. She is the young heiress of a noble couple who have just died to leave her in the castle among her servants. She tells how she is visited by relatives from London from time to time and describes how different she is from other children in the family. The somehow secluded female protagonist delves into visions about death and the will to live. By the end of the narrative, she asserts that all her imaginings were mere fantasy, though she recognizes the importance of such meditations.