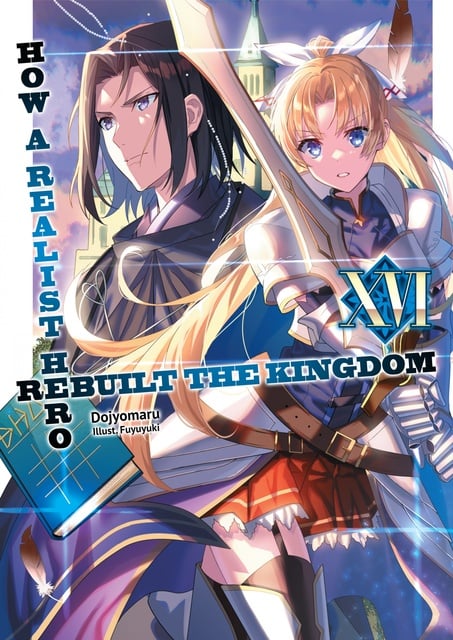 How a Realist Hero Rebuilt the Kingdom: Volume 16

How a Realist Hero Rebuilt the Kingdom: Volume 16

Two years have passed since the Spirit King’s Curse shook the world. In this time, Souma and the Kingdom of Friedonia have been preparing for an impending period of unprecedented chaos.

However, the Kingdom was not the only country to burgeon over the two years. Fuuga has been expanding the border of his Great Tiger Kingdom of Haan as well. Following the acquisition of the Lunarian Orthodox Papal State, Fuuga sought to bring the Mercenary State Zem under his control. Now, having gained such powerful forces, he declares war on mankind’s greatest nation—the Gran Chaos Empire.

With this move, an agonizing question now hangs in the air: should the Kingdom abandon the Empire, their ally, to avoid conflict with the great Fuuga Haan?

The cruel war begins in volume sixteen of the revolutionary administrative fantasy series!