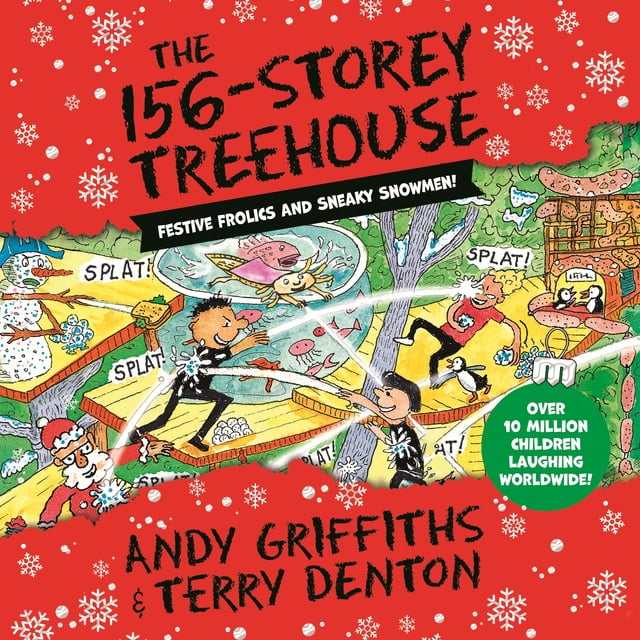 Treehouse is getting festive! With lots of Christmas laughs at every level in The 156-Storey Treehouse, from the worldwide bestselling Treehouse series by Andy Griffiths and Terry Denton.

It’s the night before Christmas, but it’s not going well for Andy and Terry – they’re at war with an angry snowman, Santa has crashed his sleigh and fallen into the cloning machine, and Mr. Big Nose wants a new book by tomorrow!

Can they defeat the snowman, save Christmas, and get their book written in time? 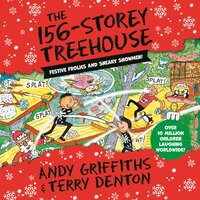