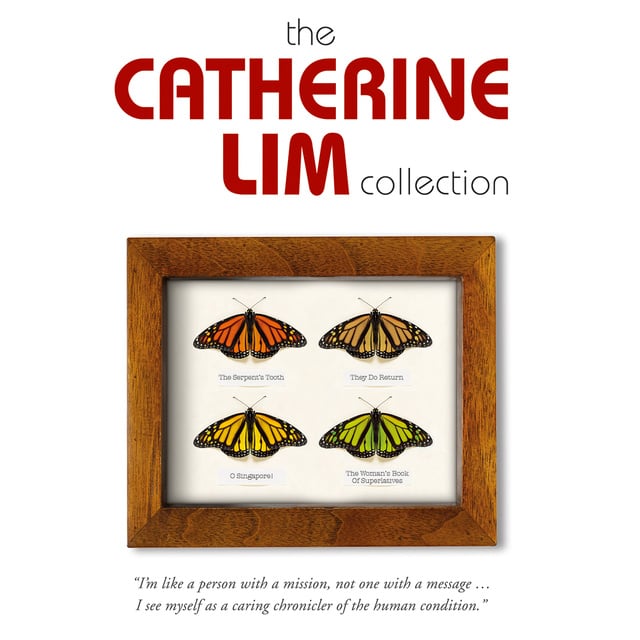 This book consists of three celebrated short story collections and an early novel, each reflecting Lim's prowess as a storyteller chronicling a society in transit, where multiethnic characters struggle with their identities as the past and the present intersect, mingle and clash.

The Serpent's Tooth (1982) : Within each family lie the proverbial skeletons better left untouched, lest the truths uncovered become to horrifying. The Serpent's Tooth is fraught with dashed hopes and wasted efforts, where characters grope around desperately in the murky depths of self delusion, where hands reach beyond the grave and resurface to haunt.

They Do Return… but gently lead them back (1983): 15 tales of the paranormal. Unlike the bloodthirsty, melodramatic tales favoured at gatherings, the substance of these are commonplace, stories behind the ghost stories: of relationships that death cannot sever; of personalities so forceful they invade the land of the living after death; of rituals and customs, the unexplained and the unexpected. Characters so close to home that you start believing…

O Singapore!: Stories in Celebration (1988): From the playfully satirical pen of Catherine Lim comes the wild, weird and wacky world of O Singapore! This is '90s Singapore where the campaigns and the directives of the unremittingly competent leadership come face to face with the undeniably human fads, foibles and follies of the Singaporean people.

The Woman's Book of Superlatives (1993): Catherine Lim beguiles the reader with a startling contrast: the deification of women in ancient myths, against the degradation of women at the hands of their men. Time and again, an unwonted bond of sisterhood appears, and is affirmed in a final fateful collision. 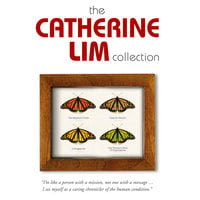