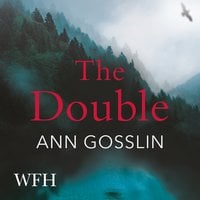 When Vidor Kiraly, a world-renowned neuroscientist and Cambridge don, violently attacks a man at a prize ceremony (while in an apparent state of psychosis), the story attracts the attention of Anton Gessen, a psychiatrist with a penchant for unusual cases, who runs a private clinic in the Swiss Alps.

Not long after Vidor arrives at the clinic, Gessen suspects that his newest patient is not all he seems. As Vidor resists Gessen’s efforts to uncover the secrets of his past, a cat-and-mouse game ensues, with Gessen trying to discover the truth about his patient’s mysterious behaviour, before he hurts anyone else. Purportedly the son of a prominent Hungarian businessman in Paris’s émigré community, Vidor’s story fails to add up, and Gessen begins to question the veracity of the man’s identity.

That he is the renowned Cambridge neuroscientist who has styled himself as Vidor Kiraly, Gessen has no doubt. But where does he come from? And if Vidor is truly a refugee from the 1956 Hungarian uprising as he claims, why does he bear a disturbing resemblance to a boy with a different name who Gessen knew briefly at university in Paris?

When Gessen travels to Cambridge and Paris to uncover clues about Vidor’s life, a tip from one of Vidor’s students about the disappearance of a fellow researcher suggests foul play. After a patient at the clinic dies from a mysterious fall, Gessen suspects Vidor of having a role in his death. Had the dead man uncovered something about Vidor’s true identity, such that it cost him his life?