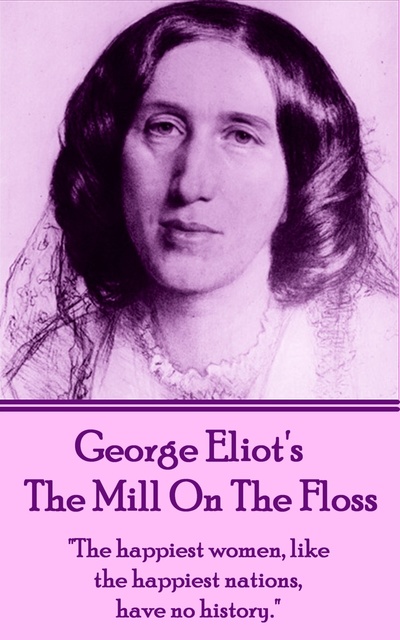 The Mill on the Floss: "The happiest women, like the happiest nations, have no history."

The Mill on the Floss: "The happiest women, like the happiest nations, have no history."

The protagonist in George Eliot’s autobiographical novel, The Mill on The Floss, is a 19th-century English girl named Maggie Tulliver who is believed to stand for the author of the novel. Maggie grows into an intelligent and cultivated woman who is fond of reading books and engaging in serious intellectual debates. Unlike her elder brother Tom, to whom she has always looked up, Maggie’s personality is idealistic, sentimental and spiritual. She gradually develops a romantic relationship with a learned friend named Phillip Wakem. However, because of an old family feud between the Tullivers and the Wakems, Tom soon forces Maggie to leave Phillip after discovering the nature of their relationship. Later in the novel, Maggie is attracted to Stephen Guest, another intellectual man that her best friend Lucy introduced to her as her suitor. She is particularly captivated by his great erudition and his gift for arts and music. When Stephen manages to take her and flee the town in an attempt to get married, she eventually thinks of her duties towards Lucy and Phillip and finds herself obliged to leave Stephen at the last minute. She goes back to her brother who rejects her and tells her that he no longer wants to see her. The story ends when the Floss, the fictional river of the title, floods the town. After a long struggle with the waters, Maggie finally finds Tom at the mill and they die together in embrace.