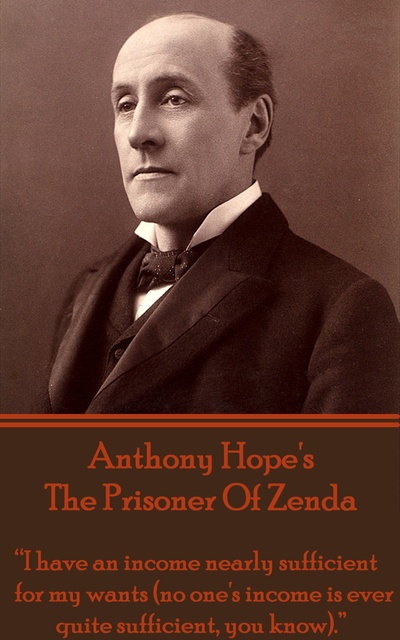 The Prisoner Of Zenda: “I have an income nearly sufficient for my wants (no one's income is ever quite sufficient, you know).”

The Prisoner Of Zenda: “I have an income nearly sufficient for my wants (no one's income is ever quite sufficient, you know).”

Anthony Hope’s novel deals with the classic theme of the infinite struggle between the forces of Good and Evil or, more specifically, between legitimacy and usurpation. Like most classics, it ends happily with the triumph of the former. The story in The Prisoner of Zenda takes place in the fictional kingdom of Ruritania when a villainous scheme to drug and abduct the king on the eve of his coronation was made by the king’s brother, Prince Michael. In an attempt to foil the prince’s plot to claim the throne for himself, the royal court persuades Rudolf Rassendyll, the king’s identical cousin, to act as his political decoy. Plots and counter-plots multiply, wicked villains and chivalrous knights engage in saber duels and damsels in distress need succor. As events intertwine and Rassendyll’s mission becomes more and more complex, he falls in forbidden love with the King’s betrothed. Yet, he still finds himself morally determined to rescue the legitimate king from his prison and restore the kingdom of Ruritania to order and harmony.