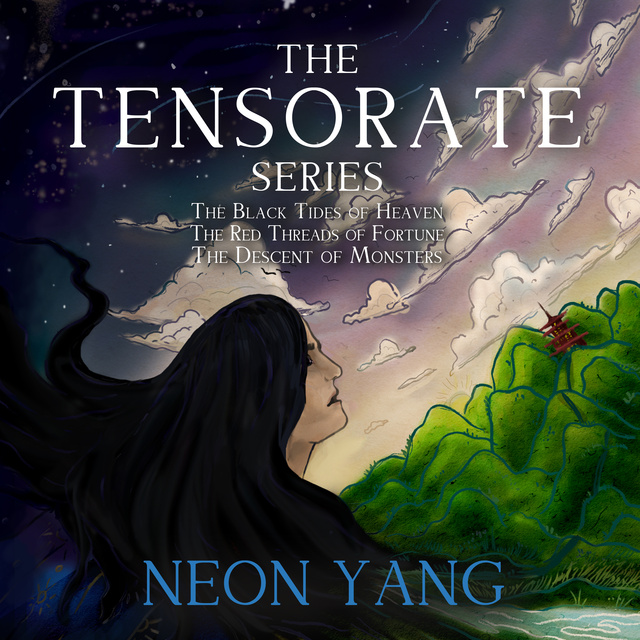 The Black Tides of Heaven: In Book 1 of the Tensorate series, a rebellion threatens the power of the Protectorate. Akeha, one of the twin children of the Protector, leaves the Tensorate behind and falls in with the rebels. But every step Akeha takes towards the Machinists is a step away from Mokoya. Can Akeha find peace without shattering the bond they share with their twin?

The Red Threads of Fortune: In the second book in the Tensorate series, Sanao Mokoya has abandoned the life that once bound her. Broken by the loss of her young daughter, she now hunts deadly, sky-obscuring naga in the harsh outer reaches of the kingdom, far from everything she used to love.

On the trail of a massive naga that threatens the rebellious mining city of Bataanar, Mokoya meets the mysterious and alluring Rider. But all is not as it seems: the beast they both hunt harbors a secret that could ignite war throughout the Protectorate.

The Descent of Monsters: Neon Yang continues to redefine the limits of silkpunk fantasy with the Tensorate novellas. In this third volume, an investigation into atrocities committed at a classified research facility threatens to expose secrets that the Protectorate will do anything to keep hidden. 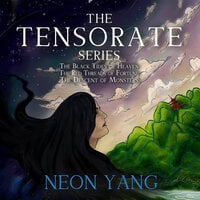