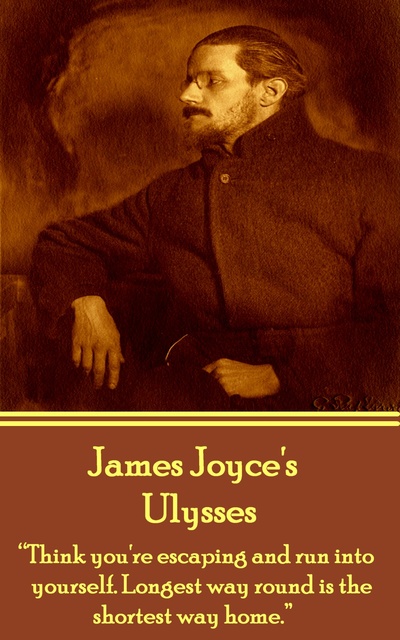 Ulysses: "Think you're escaping and run into yourself. Longest way round is the shortest way home."

Ulysses: "Think you're escaping and run into yourself. Longest way round is the shortest way home."

Ulysses is a seminal novel by the Irish writer James Joyce that has had a great impact on the modernist movement. Indeed, for many critics, the novel has established most of the conventions of modern fiction and has become one of its fundamental references. After being serialized in magazines, Ulysses has first been collected and published in 1922. The narrative, which is set in the Irish capital Dublin and divided into 18 episodes, follows the two principal characters of Leopold Bloom and Stephen Dedalus. Different issues are discussed and reflected upon ranging from Irish history and nationalism to anti-Semitism, art, literature, sexual desire, marital infidelity, death, religion and theology. In each episode, Joyce draws parallels between his own story and Homer’s classic epic poem The Odyssey, often borrowing the names of its heroes and places and invoking its main themes. Joyce’s novel is marked by experimentation, the extensive use of symbolism, figures of speech, allusive language, metaphorical language and parody. It is also in Ulysses that Joyce develops his now famous narratorial technique known as “the stream of consciousness” where the character’s thoughts are naturally presented without any attempt at interrupting them or rearranging them.