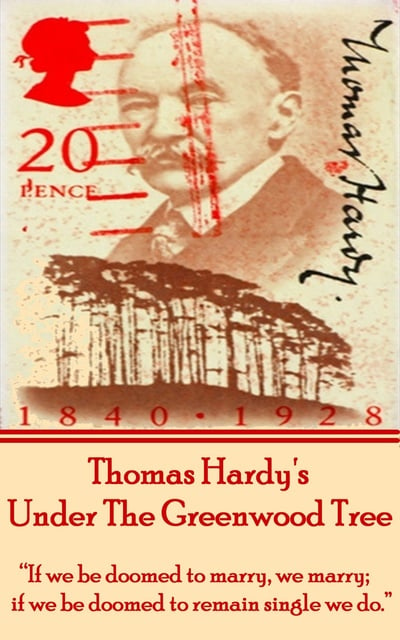 Under The Greenwood Tree: "If we be doomed to marry, we marry; if we doomed to remain single we do."

Under The Greenwood Tree: "If we be doomed to marry, we marry; if we doomed to remain single we do."

First published anonymously, Under the Greenwood Tree is a novel by the renowned English writer Thomas Hardy. The story’s protagonist is Dick Dewy, a young man from the lower middle class who is a church musician and a member of the Mellstock choir along with his own father and grandfather. When a new music teacher named Fancy Day is introduced to the group, Dick is enchanted by her beauty and tries his best to gain her appreciation and love. Fancy is not necessarily against the idea of being engaged to Dick, yet she receives more than another suitor among the most important and the richest men in town. These include the church’s vicar Mr. Maybold who considers replacing the whole choir by Fancy and her modern organ. Although Fancy becomes attracted and then engaged to young Dick, Mr. Maybold succeeds in seducing her for a while mainly through the affluence and the comfortable life that his position and social status promises. The vicar asks Fancy to marry him and she accepts. Only one day after, their engagement was mutually annulled while Dick remains completely oblivious of all this. By the end, the novel culminates in Fancy’s happy marriage to Dick