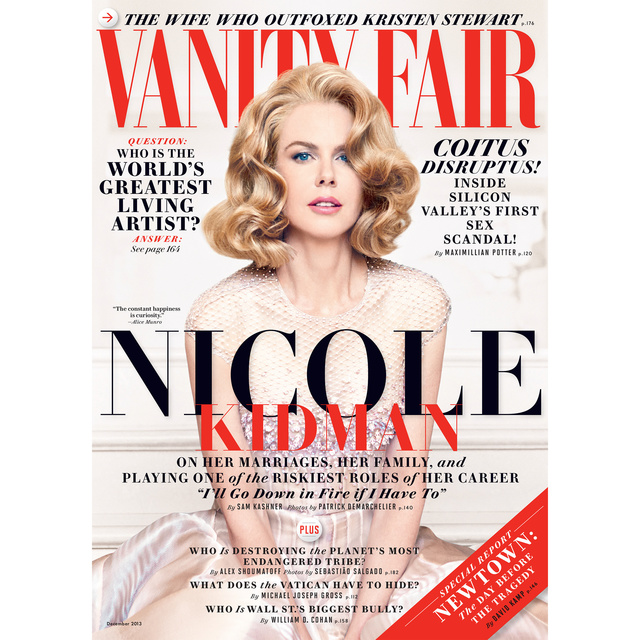 Cover Story: Nicole Kidman on her marriages, her family, and her risky new role
V.F. Poll: Who Is the World’s Greatest Living Artist?
Special Report: The day before Newtown’s nightmare
Plus: The fight to save the planet’s most endangered tribe

Articles include:
Editor’s Letter, Read by Graydon Carter
Nicole’s State of Grace
Paint by Numbers
The Day Before
In the Details: What You Should Know about Sir Kenneth Branagh
Little Big Man Liberty, without Torch
The Last of Eden
The Vatican’s Secret Life
Out to Lunch with Buddy Valastro
Emancipating Hollywood
Relationship Status: Call My Lawyer 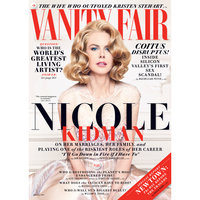