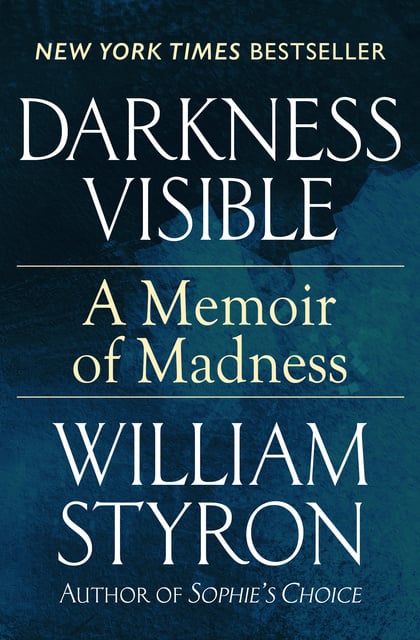 Darkness Visible: A Memoir of Madness

Darkness Visible: A Memoir of Madness

The New York Times–bestselling memoir of crippling depression and the struggle for recovery by the Pulitzer Prize–winning author of Sophie’s Choice.
In the summer of 1985, William Styron became numbed by disaffection, apathy, and despair, unable to speak or walk while caught in the grip of advanced depression. His struggle with the disease culminated in a wave of obsession that nearly drove him to suicide, leading him to seek hospitalization before the dark tide engulfed him. Darkness Visible tells the story of Styron’s recovery, laying bare the harrowing realities of clinical depression and chronicling his triumph over the disease that had claimed so many great writers before him. His final words are a call for hope to all who suffer from mental illness that it is possible to emerge from even the deepest abyss of despair and “once again behold the stars.” This ebook features a new illustrated biography of William Styron, including original letters, rare photos, and never-before-seen documents from the Styron family and the Duke University Archives.