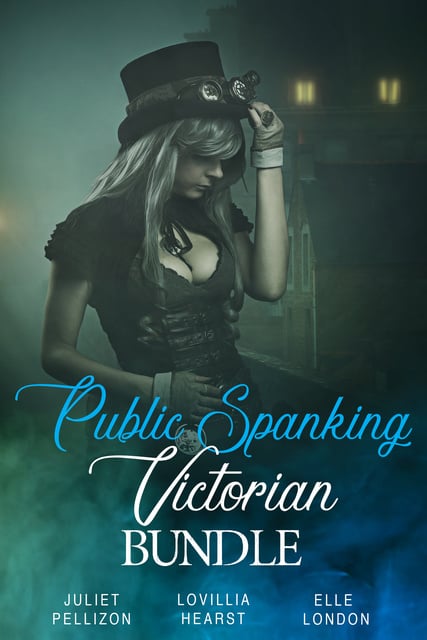 Only the most explicit Victorian stories were included in this bundle. These stories include themes of domestic discipline, spanking in public, a woman being bred to produce an heir, and bdsm-style relations in a historical context.

Arabella can’t believe her good fortune when the agency she joins places her as a maid in the home of Viscount Leslie almost straight away. She vows to do her best for such an aristocratic employer, but her pretty face and innocent demeanor don’t go unnoticed.

Knocked Up By The Duke

The Duke's beautiful wife is barren and he's in desperate need of an heir. Through a stroke of luck there is a beautiful young woman working for his household who looks just like his wife, innocent and submissive young Elle. When Elle is summoned into the Duke's chambers and greeted by him and his wife with the shocking request to allow herself to be impregnated, she wants to run away. However the incredibly powerful Duke has ways of persuading her... What Elle doesn't expect is the Duke's wife to stay in the room and join in herself. Elle is seduced, stripped and under the wife's watchful eye used like a harlot as the Duke expertly manipulates her body.

When Ada gets a new job as a maid at the manor of her crush Lord Samson, she is determined to do her best. However, during her first dinner service her nerves get the better of her and she accidently spills desert into an esteemed guest's lap. Lord Samson decides to make an example out of her right then and there, with a thorough spanking - and he wants to do it in front of every guest. Ada can't help but enjoy it, and as soon as Lord Samson notices he takes full advantage.