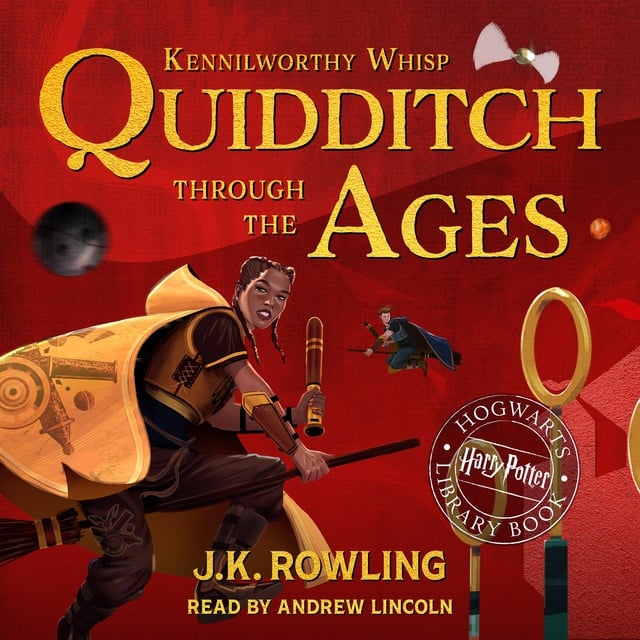 "At Queerditch Marsh, however, a game had been created that would one day become the most popular in the wizarding world."

As every fan of the Harry Potter stories knows, the shelves of the Hogwarts Library are home to all sorts of fascinating books. There are three in particular you might have heard mentioned by certain Hogwarts students, and that you can add to your listening list too, including Quidditch Through the Ages.

Maybe you dream of catching the elusive Golden Snitch to the sound of deafening cheers all around you, as a certain Harry Potter once did. Or perhaps, like Hermione Granger, your thirst for knowledge is somehow just never quite satisfied. Whether you're a seasoned fan or a complete newcomer to the sport, you'll be in good company when you pick up this particular Hogwarts Library book.

From its origins on Queerditch Marsh in the eleventh century to the sophisticated sport played today, discover how 'Quidditch unites witches and wizards from all walks of life, bringing us together to share moments of exhilaration, triumph and (for those who support the Chudley Cannons) despair', according to Professor Albus Dumbledore's foreword.

Do you know why refereeing a Quidditch match was once a task for only the bravest witches and wizards, or how to tell a Transylvanian Tackle from a Woollongong Shimmy? In this enlightening and highly popular Hogwarts library book, Kennilworthy Whisp reveals the daring highs and dangerous lows of the glorious game of Quidditch.

Narrated by Andrew Lincoln, this is the first audiobook edition of Whisp's book ever to be released. Andrew is a People's Choice Awards winner and a BAFTA nominated actor, best known for his role as Rick Grimes in the TV series The Walking Dead. His other film and television credits include Made in Dagenham, Strike Back and Love Actually.

This audio edition also includes over an hour and a half of bonus content featuring The History of the Quidditch World Cup, narrated by Andrew Lincoln, and commentary on the Quidditch World Cup final, narrated by Annette Badland (as Rita Skeeter) and Imogen Church (as Ginny Potter). This content was written by J.K. Rowling in 2014 and is available to read on wizardingworld.com.

Fans of Quidditch Through the Ages are sure to enjoy the other Hogwarts Library books: Fantastic Beasts and Where to Find Them and The Tales of Beedle the Bard.

Comic Relief, operating name Charity Projects, is a registered charity in the UK with charity nos. 326568 (England/Wales) and SC039730 (Scotland). Lumos Foundation is a registered charity in the UK with no. 1112575 (England/Wales). 15% of the proceeds* received by Pottermore Limited from this audiobook will be made available to the charities for their work across the UK and globally including helping children and young people have a better life. These proceeds will be shared 20% for Comic Relief and 80% for Lumos Foundation.
*Proceeds means the cash-price or cash-equivalent price less sales taxes. 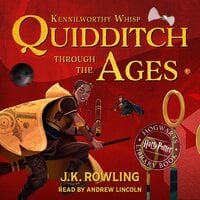