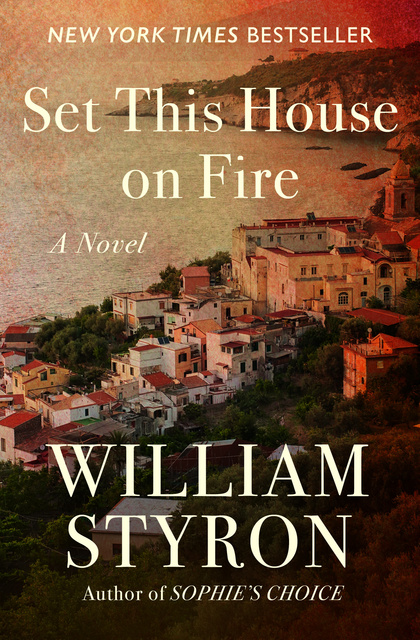 Set This House on Fire

Set This House on Fire

A New York Times bestseller by the author of Sophie’s Choice: Two Americans search for the truth about a mysterious long-ago murder in Italy.

Shortly after World War II, in the village of Sambuco, Italy, two men—Virginia attorney Peter Leverett and South Carolina artist Cass Kinsolving—crossed paths with Mason Flagg. They both had their own reactions to the gregarious and charismatic movie mogul’s son. For the impressionable Peter, it was something close to awe. For the alcoholic Cass, it was unsettled rage. Then, after the rape and murder of a peasant girl, Mason’s body was found at the base of a cliff—an apparent suicide. He’d been distraught, the authorities said, over committing such a heinous crime. Peter and Cass went their separate ways, and never spoke of it again.

Now, years later, Peter is still haunted by what he knows—and by what he doesn’t. He’s sought out Cass in Charleston for closure, and something close to the truth. Together both men will share their tales of that terrible season in Italy, each with their own ghosts—and their own reasons to exorcise them. But neither Peter nor Cass is prepared for where this path of revenge, complicity, and atonement will take them.

A profound exploration of the evil that men do, and what the innocent must endure to accommodate it, Set This House on Fire is more than a byzantine murder mystery, it’s “one of the finest novels of our times” from the Pulitzer Prize–winning author of The Confessions of Nat Turner, Darkness Visible, and other modern classics (San Francisco Chronicle).

This ebook features a new illustrated biography of William Styron, including original letters, rare photos, and never-before-seen documents from the Styron family and the Duke University Archives.