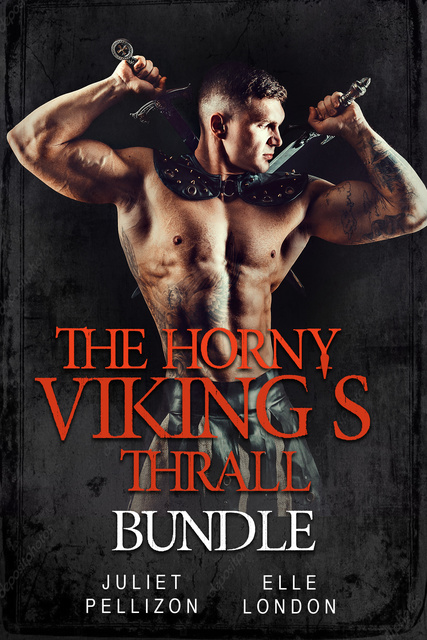 Imagine a horde of muscular men without a woman in sight for many months and many miles, fighting every day. Imagine they finally get the chance to take a wet and willing woman rough, raw, and unprotected. Would the Vikings go easy on her? Would they pull out? Would they share her and love every minute of it?

This historical Viking erotica bundle will answer all the above questions and more.

Sold To The Viking Warrior

When a group of Vikings attack her quiet seaside village and carry her off as a prize, Clarissa's life is changed forever. She expects the worse, but as she is brought onto their ship and she watches her village and the last remnants of her previous life fade into the distance, she is told the real reason she has been captured. Excepting a life as a thrall, she is shocked to be brought before King Bjord, the leader of the Vikings who gives her a simple choice - submit to him and bear his child, or return to her village. Forced to choose, she decides she will take her chances as queen instead of returning to her village, even though it means she'll be impregnated by King Bjord.

Dominated By The Viking

When a Viking horde takes control of her seaside village, Gwen fears they will bring suffering to all. That turns out not to be true, and it quickly becomes clear that the muscular men have other ideas. When three take up residence in her home, she becomes their cook… although it's more than good food they want from her.

Sold To And Ravaged By The Vikings

Tamara is excited to be traveling on a merchant ship, finally on her way to re-unite with her family. That is, until a ship is spotted in the distance bearing the black flag of the Vikings. It swiftly catches up to the merchant ship and they board, pillage the wares, and make it clear they will throw anyone who objects overboard. It's only when they demand to be given all the gold on ship that the Captain decides to strike a deal. Spare the gold, and they can take Tamara with no repercussions. Although she's kidnapped, held captive, and afraid she finds that not only are they not the ruthless bastards she always imaged them as - she grows to like them, no matter how much she wants to hate them.

It's only when she's called into the Captains cabin and enjoys a few swigs of rum that she does something she never thought she would - she gives in completely and lets the Captain use her body like a common whore. Will Tamara rebel against the situation she finds herself in or embrace an adventure unlike anything she ever imagined?