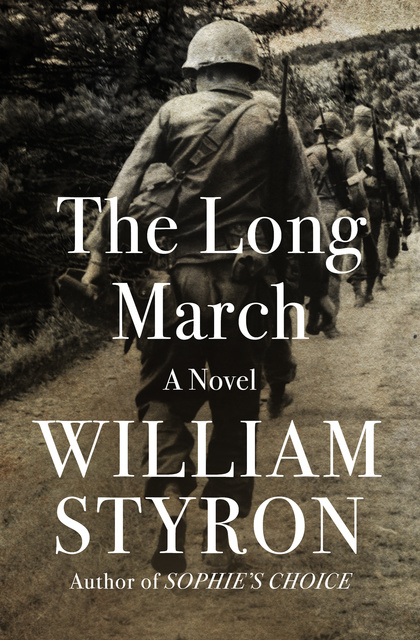 The author of Sophie’s Choice, “the foremost writer of his generation, ” portrays a rebellion by two marines on a miles-long march in the Carolina heat (The Wall Street Journal).

In the shadow of the Korean War, a series of misfired mortar shells kill six men in a marine camp during a training exercise, prompting the commanding officer to order a grueling punishment: a thirty-six mile march through the suffocating heat of the Carolina summer. Intended to beat discipline into the aging reservists, the march instead rankles marines Culver and Mannix, whose growing resentment of the brutal trek leads to an ultimate, powerful act of rebellion. Styron’s The Long March is a withering critique of a military system that leaves no room for dignity or personal identity. Told in part through flashbacks and dream sequences, the story is immersed in vivid language and philosophical reflection—a poignant defense of the individual in the face of attempted dehumanization.

This short novel marks another triumph by the New York Times–bestselling author of Sophie's Choice and Darkness Visible, who has been honored with both a Pulitzer Prize and a National Book Award, among other accolades. This ebook features a new illustrated biography of William Styron, including original letters, rare photos, and never-before-seen documents from the Styron family and the Duke University Archives.