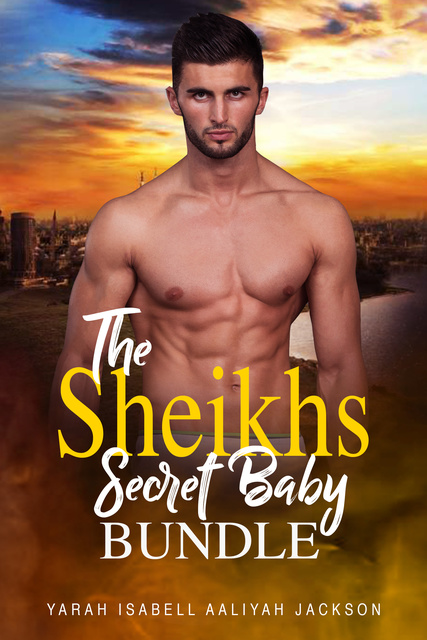 Knocked Up By The Sheikh

When Aamilah gets a dream job offer and a first class ride to Dubai, she knows it's strange but is too caught up in the moment to question why she was chosen. Her question is answered as soon as she meets Sheikh Omar Aladem, who tells her the shocking truth.

His wife is infertile.

He needs an heir.

Aamilah will get the shock of her life as she's presented with an offer that renders her speechless - let the handsome billionaire take her rough, unprotected, and for the first time in exchange for unimaginable wealth. She has to make up her mind quick - the Sheikh doesn't like to be kept waiting.

Rachel, an Arab-American girl, lives a boring suburban life even she isn't interested in. So when she gets a job offer out of the blue from Sheikh Zayd Salib, she thinks it's a scam and promptly ignores it. That is, until a black limousine pulls up at her house with representatives from the Sheikh, changing her life forever. When she meets him in the flesh she finds out why he's been pursuing her even though they never met - she looks like his wife, and he wants her to bear his secret child, and he'll use every power at his disposal to make her agree. The Sheikh is royalty with total power - and when he gets Rachel under his control, he expects nothing less than total submission to his every last kinky whim as he impregnates her.

Dominated By The Sheikh

A hard-working African American reporter is sent to the Middle East as part of a major journalistic investigation, to interview a royal billionaire Sheikh. What she doesn't expect is for that Sheikh to be young, sexy, and obsessed with her. It puts her in a hazardous position, but the obsessive emotions aren’t all one-sided. She finds herself unable to resist his advances... and he takes full advantage.