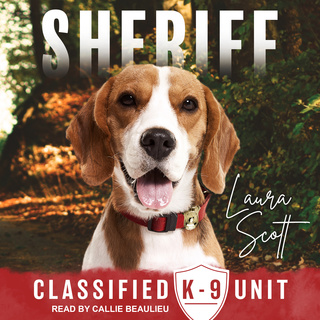 Witnessing a prison break, FBI agent Julianne Martinez is within seconds of death . . . before she's rescued by the one man she thought she'd never see again. She'd know her long-ago love, Brody Kenner, anywhere, even with a sheriff star on his chest. Years ago she left Texas and Brody, and had no plans of returning . . . until the trail of a missing agent brought her home to both.

Brody won't let her investigation proceed without him, and he needs her and her K-9 dog to track his escaped prisoner. But partnering with Julianne to solve two cases only leads to danger when the hunted becomes the hunter. This is a mission that cannot fail . . . because Brody lost Julianne once, and he won't lose her again.
Lisätietoa äänikirjasta:
Julkaisija: Tantor Audio
Julkaisuvuosi: 2019-08-13
ISBN: 9781630155001
6T 28M
Englanti
3,5
Kategoria: Romantiikka
Romanttiset