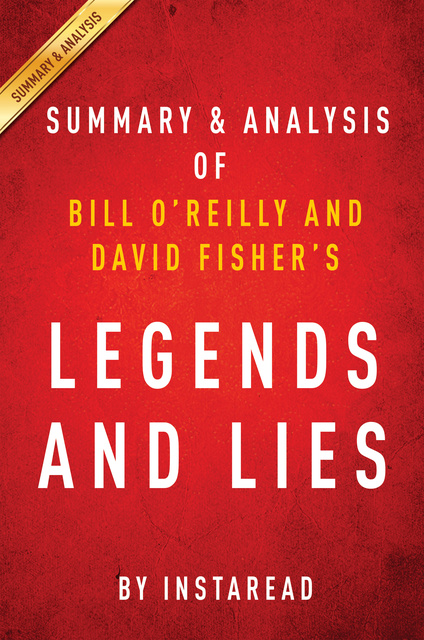 In Bill O’Reilly’s Legends and Lies: The Real West, each chapter is a standalone account of the life of an individual who was in some way notorious or iconic and lived their life during what is known as the Wild West, a period of the American frontier that spans from 1783 to 1920.

Daniel Boone was a survivalist outdoorsman. In 1778, Boone was charged with treason for negotiating a truce between British forces and a Native American tribe. Boone defended himself and the charges were dismissed. In 1781, Boone ran for state legislature in Virginia and was twice elected to that office. After the Revolutionary War, he joined men fighting against Native Americans who were determined to hold on to their land. He was later robbed of a significant amount of money entrusted to him by Virginia settlers and spent decades selling land to pay it back…

Inside this Instaread Summary & Analysis of Legends and Lies

• Introduction to the Important People in the book

• Analysis of the Themes and Author’s Style