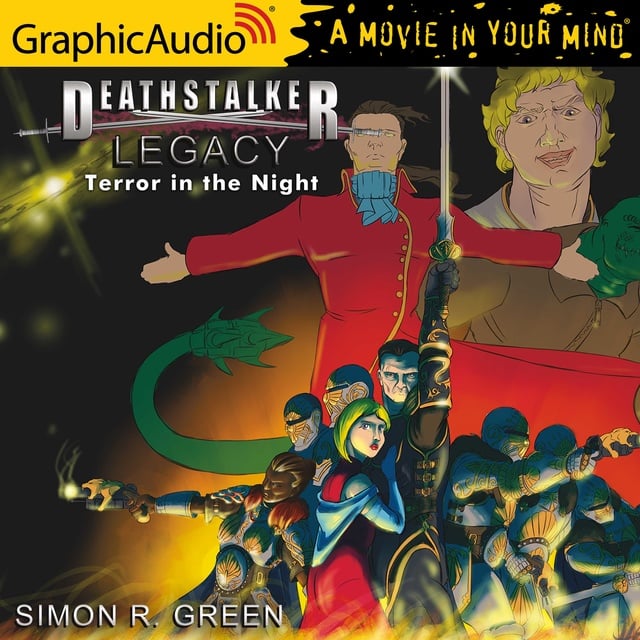 Legacy: Terror in The Night (3 of 3) [Dramatized Adaptation]

Legacy: Terror in The Night (3 of 3) [Dramatized Adaptation]

In the royal inner circle, the immovable wills of Lewis Deathstalker, the King's Champion, and Jesamine Flowers, the King's betrothed, labor in vain against the most irresistible force they've ever known. Or so they think. In fulfillment of Owen Deathstalker's warning of 200 years earlier, a nightmarish alien entity has intruded into Human space, a creature that devours planets and suns, and shrugs off any defense humanity hurls against it. King Douglas and Parliament grapple over what can be done, fixing on a desperate plan, a Quest that will engage most of the Paragons of The Empire. In preparation for this vital mission, Lewis Deathstalker consults with the Artificial Intelligences of Shub, who have some disturbing revelations for the King's Champion. And the time and place chosen to announce the great Quest to the public will be the eagerly anticipated Parade of Paragons, coincidentally the scene of treacherous Finn Durandal's prearranged Esper attack. 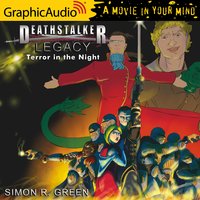