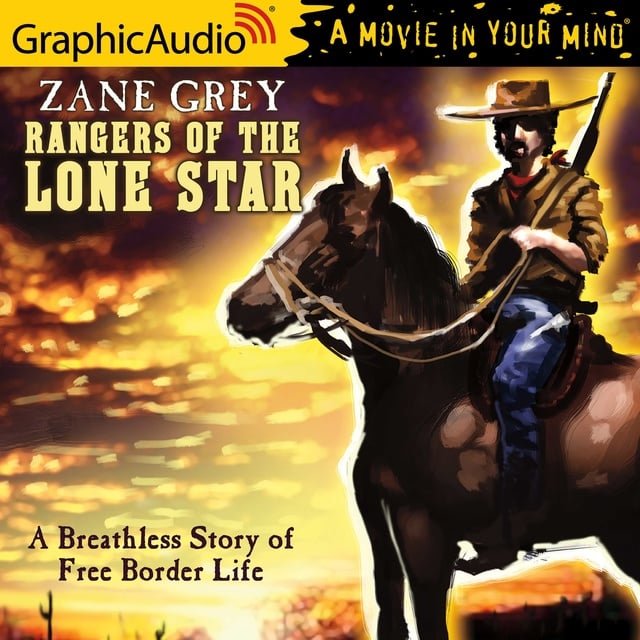 Zane Grey first presented this brilliant story of the West in a much shorter form as a magazine serial in 1914. Readers were thrilled and greeted it as another masterpiece from one of the West's greatest storytellers. The manuscript would suffer at the hands of Grey's book publishers, however. They took the second half of the story, deleted characters, changed the hero's name, and pasted it with the first half of another Grey manuscript to produce the awkward hybrid published as The Lone Star Ranger. Now, decades after its creation, the complete story finally appears in GraphicAudio as the author wrote it, restored to its original glory.

The Law of the Rangers.

Deputy Marshal Russ Sittell is on special assignment from the Texas Rangers to work with Vaughan Steel in putting a stop to the rampant rustling in Pecos County. But everyone knows that local rancher--and mayor--Granger Longstreth doesn't want any Ranger interference in his town. When Russ takes a job on Longstreth's ranch, he's able to learn exactly how the rancher operates--and he witnesses the growing tension between Longstreth and Steele. A tension that can only lead to trouble. 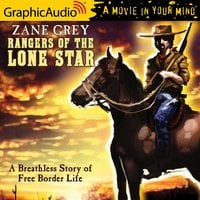