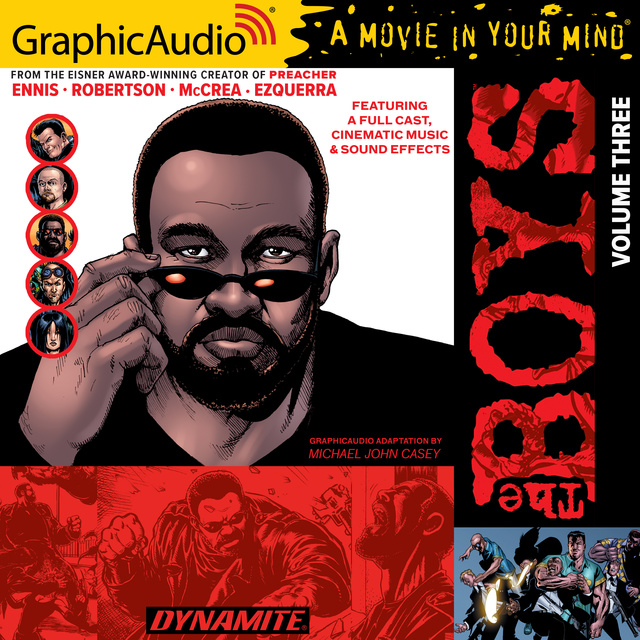 After the massacre of the entire G-Men franchise, the company sends their supes on a bacchanalia of a vacation at an island getaway and The BOYS keep an eye on the festivities and the guests, some of whom are worming their way to the highest levels of government. The BOYS are then targeted and one is ambushed. And we get a clearer picture of the backgrounds of Mother's Milk, Frenchie, and The Female.

Comics Issues Adapted to GraphicAudio containing Herogasm, The Self-Preservation Society, Nothing Like It in the World, La Plume De Ma Tante Est Sur La Table, & The Female of the Species Is More Deadly Than the Male. 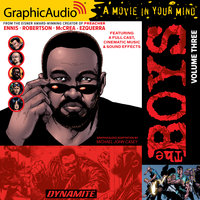