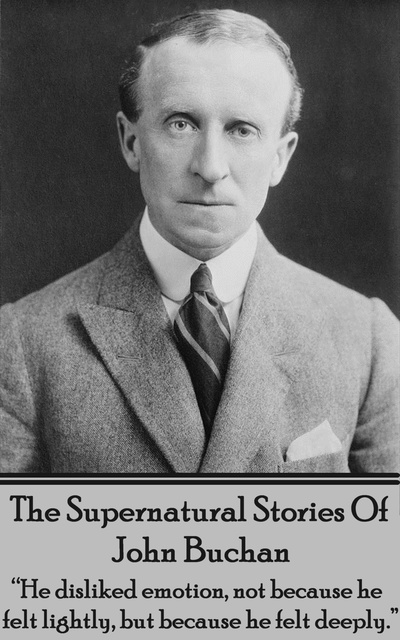 John Buchan was born on August 26th 1875 and is most famously known for his novel ‘The Thirty Nine Steps’. But his career was jam packed with other achievements. He was 1st Baron Tweedsmuir PC GCMG GCVO CH who also served as the 15th Governor General of Canada for the last few years of his life. After a brief legal career he began to write as well as pursue a political and diplomatic career, serving as a private secretary to the colonial administrator of colonies in Southern Africa and during WW1 he was a writer of propaganda. After the war he was elected Member of Parliament for the Combined Scottish Universities, but he spent most of his time writing. He wrote much and all to a high standard. In this collection we have gathered together another facet of his writing abilities. That of a teller of supernatural tales. As you would expect they are damn good.