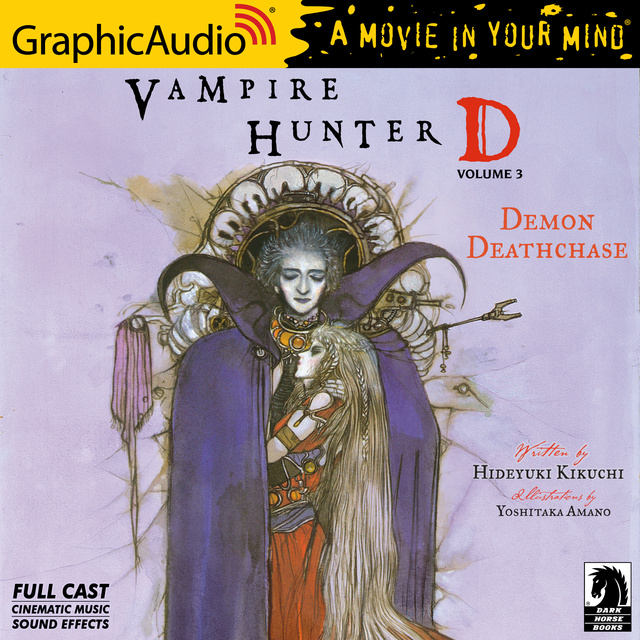 "The vampire hunter known only as D has been hired by a wealthy, dying man to find his daughter, who was kidnapped by the powerful vampire Lord Mayerling. Though humans speak well of Mayerling, the price on his head is too high for D to ignore and he sets out to save her before she can be turned into an undead creature of the night.

In the nightmare world of 12,090 A.D., finding Mayerling before he reaches the spaceport in the Clayborn States and gets off the planet will be hard enough, but D has more than just Mayerling to worry about. The dying man is taking no chances, and has also enlisted the Marcus family, a renegade clan of four brothers and a sister who don't care who they kill as long as they get paid. A post-apocalyptic plot, filled with chilling twists.

Adapted from the novel and produced with a full cast of actors, immersive sound effects and cinematic music! 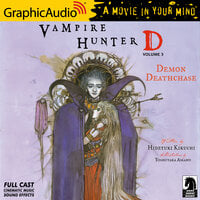