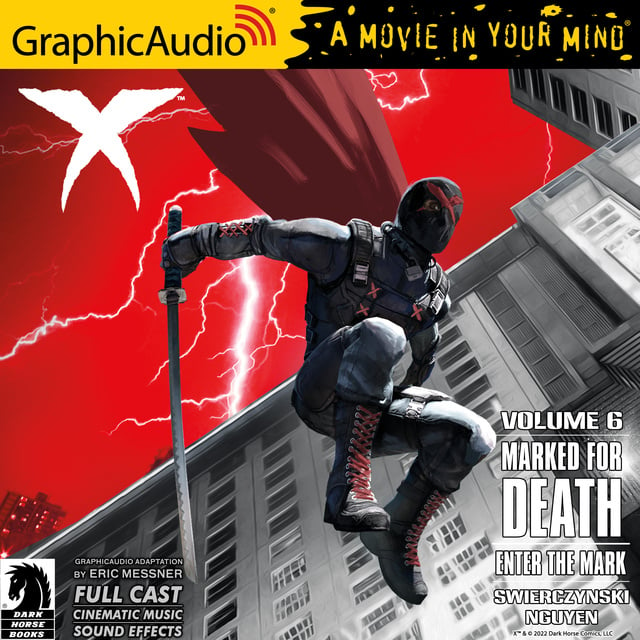 "The last time the racist dictator known as the Archon came to Arcadia, he mistook X for an old nemesis and beat him to within an inch of his life. Now the Archon is back, along with his actual nemesis, a mysterious figure called the Mark--and their ancient battle threatens to tear Arcadia to the ground! Even if X can halt a superpowered grudge match, can he rescue his beloved city from the scars it leaves?

New characters and wall-to-wall action make this volume, which collects issues #21 through #24, X's most brutal yet! Adapted from the issues and produced with a full cast of actors, immersive sound effects and cinematic music. 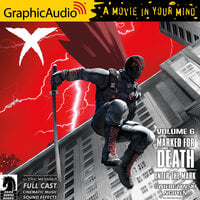