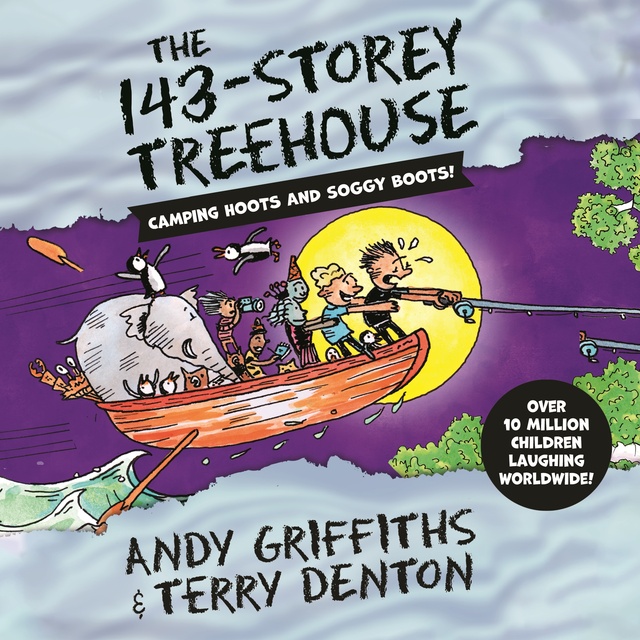 There are lots of laughs at every level in The 143-Storey Treehouse, the eleventh book in the number one bestselling Treehouse series from Andy Griffiths and Terry Denton.

We've added thirteen new levels to our Treehouse (it used to be 130 storeys, but it keeps on growing!) including a word-o-matic (it knows every word in the whole world!); a recycling depot; a wrecking ball; a deep, dark cave with a real live, fire-breathing dragon; a complaining room; a spooky graveyard (where it's always midnight, even in the middle of the day); and a camping ground where you can have a nice, relaxing camping holiday.

Andy's been a bit stressed, so Terry has decided the perfect way for them to relax is to head up to their new camping ground level for a much-needed holiday. But it turns out to be not quite as relaxing as Terry originally planned…

Terry forgets to pack the tent and the food, their attempt at fishing ends in disaster, the spooky campfire stories are a little too spooky and then, to make matters worse, all of Andy’s fellow campers start mysteriously disappearing.

Can Andy brave the dark, dark woods and rescue them in time to finish writing their next book? 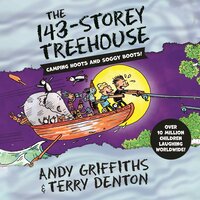