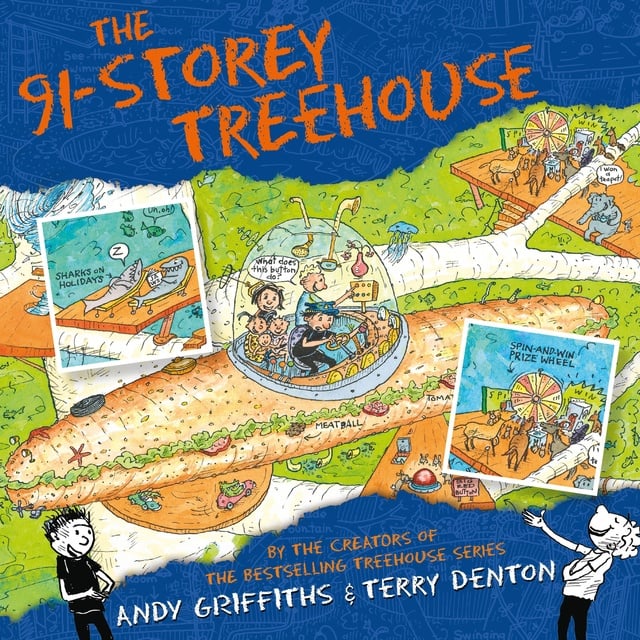 The 91-Storey Treehouse is the seventh book of Andy Griffiths and Terry Denton's wacky treehouse adventures, where the laugh-out-loud story is told through a combination of text and fantastic cartoon-style illustrations.

Join Andy and Terry in their 91-storey spectacular treehouse (it used to be a 78-story treehouse, but they keep getting ideas for new stories!) They've added thirteen new levels, including the world's most powerful whirlpool, a mashed-potato-and-gravy train and a human pinball machine. Why not try your luck on the spin-and-win prize wheel or hang out in a giant spider web (with a giant spider), or you can always get your fortune told by Madam Know-it-all or eat a submarine sandwich the size of an actual submarine while deciding whether or not to push the BIG RED BUTTON . . . which they’re not sure whether to push or not because they can’t remember what it does. 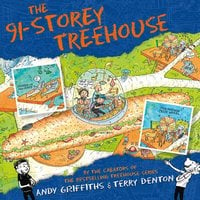