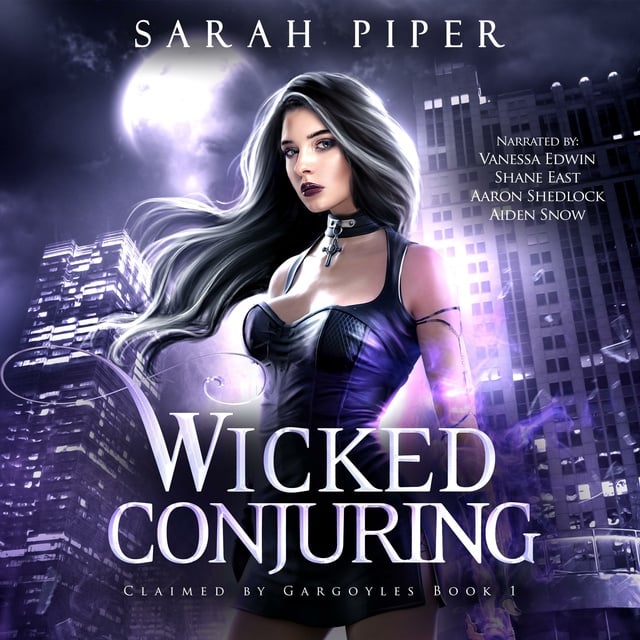 A witch on the run from her cruel family. Four sinfully hot gargoyles offering her a shot at revenge... for a price.

﻿For a witch without magic, marrying into a prominent coven was supposed be my greatest honor—and the only way to clear my father’s massive debt. But when my groom turns out to be a demon in disguise, I stab him at the altar and flee…

Straight into the arms of New York’s most notorious mobsters.

Jude, the charming but brutal psychopath. Augustine, the devilishly handsome conman. Rook, the cunning spy and hacker. And Draegan, the fearsome boss who rules his underworld empire with an iron fist.

People call them the men of shadow and stone—untouchable and unbreakable—but I know better.

They’re not men at all.

Now that I’m under their protection, they’ve vowed to take down my enemies.

But they’re taking something else in return.

Wicked Conjuring is the first book in the Claimed by Gargoyles series, a scorching hot reverse harem paranormal mafia romance featuring a feisty witch coming into her power and four fiercely possessive gargoyle gangsters with horns, tails, oh-so-sensitive wings, and special “equipment” guaranteed to leave their woman—and their readers—begging for more. 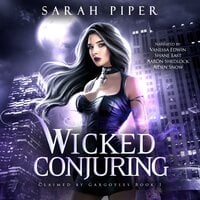