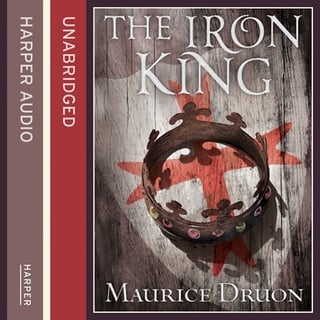 From the publishers that brought you A Game of Thrones comes the series that inspired George R.R. Martin’s epic work.

France became a great nation under Philip the Fair – but it was a greatness achieved at the expense of her people, for his was a reign characterised by violence, the scandalous adulteries of his daughters-in-law, and the triumph of royal authority.
Wydawca: HarperCollins
Data wydania: 2013-01-03
ISBN: 9780007508761
11H 2M
Angielski
3,9
Kategoria: Powieść obyczajowa
Seria: The Accursed Kings: 1
Powieść historyczna Powieść historyczna

The World of Ice and Fire